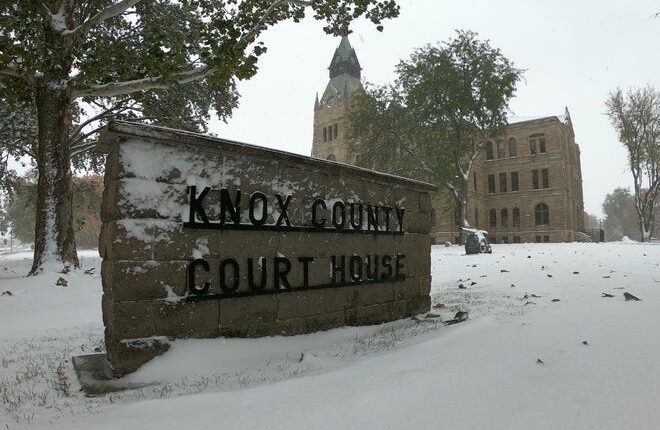 GALESBURG — Michael Hubbard was almost home around 5 p.m. on Jan. 4, 2020 when he heard gunfire and saw the taillights of a dark sedan pull away.

Hubbard testified that his girlfriend Rachel Likes parked in front of his house with her child in the back seat. Hubbard approached Like’s car to speak to her but found her shot behind the wheel.

Likes was pronounced dead at 5:28 p.m. in the emergency room at Galesburg Cottage Hospital.

Hubbard was one of 13 witnesses called by prosecutors on Friday during the first day of the trial of Maquesha Ramey, who is accused of shooting and killing Likes and who faces three counts of first-degree murder. Circuit Judge Richard H. Gambrell will preside.

According to court documents, Knox County Attorney Jeremy S. Karlin has expressed his intention to seek a life sentence if Ramey is found guilty. The minimum possible sentence is 45 years in the Illinois Department of Corrections, of which Ramey would have to serve 100% of the sentence.

“Rachel Likes instinctively and helplessly shielded her face with her hand,” Worby said, alleging that Ramey pulled up next to Likes’ parking lot at 343 W 1st St. and fired multiple bullets into Likes’ body with a Glock 45.

Worby also told jurors Ramey wore a wig and after killing Likes, wrecked her gray-and-black Chevrolet Malibu near the 500 block of McClure St. and fled on foot. Police also found a green Ford Explorer truck, registered in Ramey’s name, left nearby. A wig and a Glock pistol were later found in a bag in a ditch off N. Soangetaha Rd. on March 8, 2020, and taken into police custody.

Lead Defense Counsel David Hansen delivered the opening statement of the defense and reminded the jury that Ramey is innocent until proven guilty beyond a reasonable doubt. However, Hansen also said the defense will not challenge much of the evidence prosecutors are presenting.

Likes’ mother was the first witness called, then Patrol Officer Maggie Semington, who confirmed that she had encountered Ramey and her ex-boyfriend Hubbard between July 9 and December 25, 2020 during various domestic arguments.

Semington said that she was upset with Ramey last time because she and Hubbard had a falling out and Hubbard was dating an ex-girlfriend. The defense confirmed that Ramey did not mention this ex-girlfriend’s name to Semington.

Deandre Harris, a roommate at 343 W 1st St with Hubbard, took the witness stand. harris. He said he was in the house at the time of the shooting. Harris confirmed that he had seen Hubbard and Likes together and that he knew Hubbard and Ramey had broken up.

At around 4:58 p.m. on January 4, 2020, Harris heard gunshots near the home. Harris told the jury he found bullet holes through the front window and one in the living room wall.

Hubbard commented after Harris and confirmed that he and Ramey had a serious relationship. The couple, who dated between June and December 2020, had gone to court over a marriage license but had fallen out around Christmas and split before actually getting married.

More:Take a peek inside the taproom and brewery at Reserve Artisan Ales

Hubbard said he had reason to believe Ramey was in Mississippi, where Ramey is originally from, at the time of the shooting. He confirmed that he spoke to Ramey several times on the phone after Likes was killed and Ramey taken into police custody. Hubbard also confirmed that the original statement he made at the police station was not entirely true.

He had told police that there had been several cars on his street on the day of the shooting, although there had only been one.

“I didn’t want to believe what happened,” Hubbard told prosecutors.

Hubbard said he stopped communicating with Ramey six months after the shooting. When Worby asked Hubbard if the view of the vehicle he saw driving away on the day of the shooting matched a dark gray and black Chevrolet Malibu, Hubbard replied “yes.”

Three different detectives were called to the witness stand: Lane Mings, Jack Harlan, and Travis Smith. On Jan. 4, Mings located an abandoned Chevrolet Malibu with Mississippi plates. After completing his registration and verifying that it belonged to Ramey, Mings filed a hold request for Ramey’s Facebook account to ensure it would not be deleted.

Mings confirmed in defense that photos taken by Mings of the Chevrolet Malibu showed multiple tracks and footprints in the snow around the car – not just one pair.

On Ramey’s behalf, Detective Harlan searched the area surrounding the other vehicle, a green Ford Explorer truck that was found in a railroad driveway on the other side of a wooded area from where the Chevrolet had been abandoned. On January 5, Harlan brought a K-9 to the crash site and found a keychain with a Chevrolet logo in the snow.

Detective Smith was present at 1070 W. South St. when Ramey turned himself in to police.

More:Galesburg teacher on leave after arrest for sexual assault while in Monmouth-Roseville schools

dr Amanda Yeomans, who performed Likes’ autopsy, outlined the course of Likes’ four wounds for the jury. Yeomans initially observed a gunshot wound to the head and a wound to the right index finger.

“In my opinion, this injury equates to a defensive wound,” Yeomans said, since they most commonly occur on the hands or forearms when someone is moving to defend their head or face.

Yeoman confirmed for the defense that Likes’ hands may have been in the air when she was shot.

Gregory Shannon Bond and Robert Hinckley next took the stand and testified that on March 8, 2020 he found a red DoorDash bag under a tire at the bottom of a ditch at the property. In the bag Bond found a wig and several bullet magazines and a gun case with a pistol. Bond’s friend Hinckley identified the gun and they called the police.

Police Officer Amber Schlomer arrived at the scene at 26 N. Soangetaha Rd and secured Bond and Hinckley’s belongings, she testified in court.

The trial is scheduled to resume at 9 a.m. Monday, January 24

WInchester’s 1911 Was the Most Dangerous Shotgun Ever