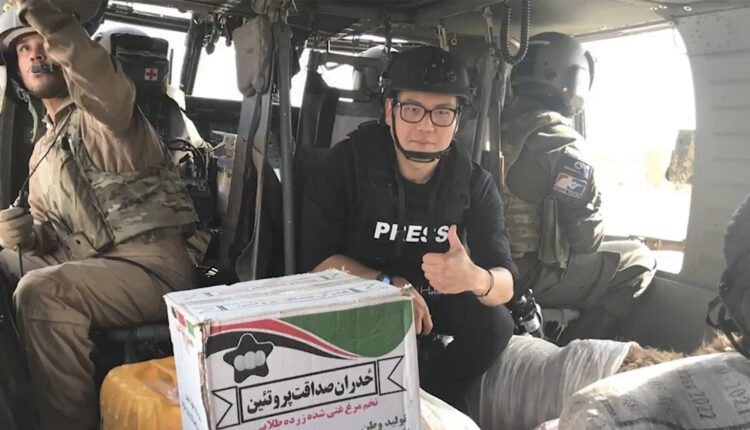 The Los Angeles Times foreign correspondent and photographer, Marcus Yam, has been covering events in Afghanistan since 2017, including the political unrest in the last few months when the Taliban took control of the country.

After the withdrawal of US troops and the subsequent takeover of the city of Kabul and the rest of Afghanistan by the Taliban, many journalists either fled or tried to do so. Those who stayed are at risk every time they go about their jobs.

Yam is unaware of the risks of choosing a career after giving up his aerospace engineering career to become a photographer. Its goal is “to put viewers on the front lines of conflict, struggle and intimacy,” according to the Los Angeles Times.

He has documented fatal clashes in the Gaza Strip, reported on San Bernardino, California, terrorist attacks in 2015, the fatal landslide in Oso, Washington, and many other critical events for which he has received numerous awards.

Although Yam has been reporting on Afghanistan since 2017, it is his most recent work that brought viewers up close and personal to the crisis in the Middle East. Yam recounted the events as they unfolded – from the US troops leaving Afghanistan, leaving behind large amounts of military equipment and equipment, to the Taliban establishing their order, often by violent means against those remaining in the country . In the video below, Yam shares his experience.

The Los Angeles Times photographer and foreign correspondent @yamphoto has been reporting from Afghanistan since 2017, including his current assignment to document the final months of the US withdrawal from the country.

Yam is not afraid of any direct threat to his life and has reported on bomb attacks, exchanges of fire and the tragic consequences of the conflict, which left numerous victims and injured people and filled beds in local hospitals. Although the country has been marked by war for years and the people there have accepted that their lives will be short, that doesn’t change the fact that “these are just normal people like you and me,” says Yam.

As a foreign correspondent, Yam reported successfully from Afghanistan, but could not avoid the aggression inflicted on him. Although he was not permanently injured, he was beaten and temporarily detained by Taliban fighters.

After more than a month of Taliban rule, it is clear that despite the Taliban’s promises to the contrary, it is still a place of many risks for the locals and those who document current events and report them to the rest of the world.

You can find more of Yam’s work on his Instagram and Twitter. You can find his photo stories of the Taliban’s takeover of Afghanistan on his profile page of the Los Angeles Times.

WATCH: US YouTuber Celebrates Says The Gun saga in Yes was an honest mistake