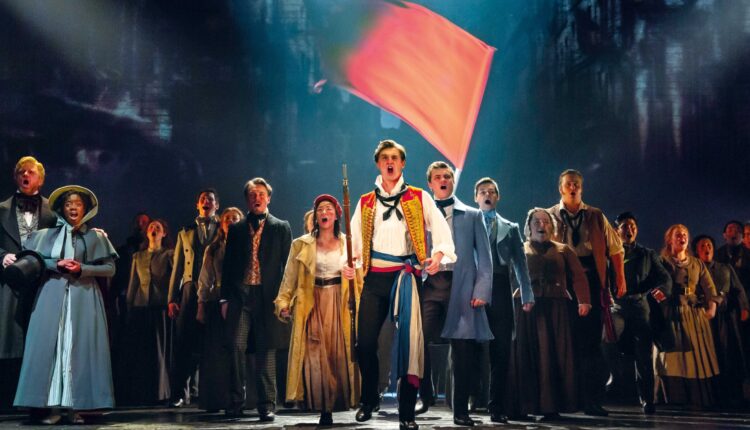 Oh man. It’s so easy to understand why so many of my friends and work colleagues have seen this show as much as 15 times and still keep going back for more.

The longest running musical in the West End was back on tout in Southampton to take us once again on this epic journey of theft and redemption, oppression and revolution.

The production, costumes, design, lighting, sound are all epic as the entire show. The thought given to each element is astonishing.

I was totally enraptured right from the first moments when you are with galley slaves in the bowels of a ship. look down Don’t look them in the eye. I was there with all of those on the chain gang. We all were.

From that moment on, there followed three hours of total emotion.

And joy! A note in the program told us that one of our own – Winchester born Harry Chandler – would be appearing tonight in a named role (Enjolras).

Harry had already warned my listeners on Winchester Today that the show would be emotionally draining, and he was right, it was. We all know those powerful songs and it would surely have to take some mighty fine performers to pull off huge songs? 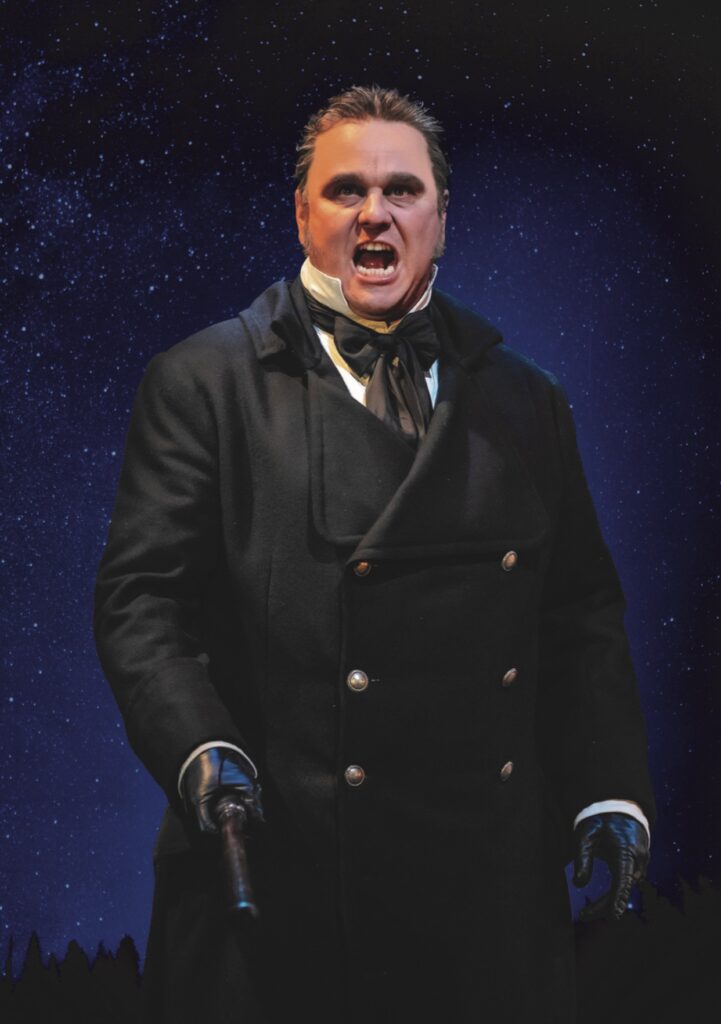 No worries! Nic Greenshields (Javert) earned one of the biggest roars of the night from the audience after the end of ‘Stars’ – Katie Hall (Fantine) was impeccable on ‘I Dreamed a Dream’, and you could have heard a pin drop when Dean Chisnall (Valjean) provided a stunning version of ‘Bring Him Home’. Stunning. 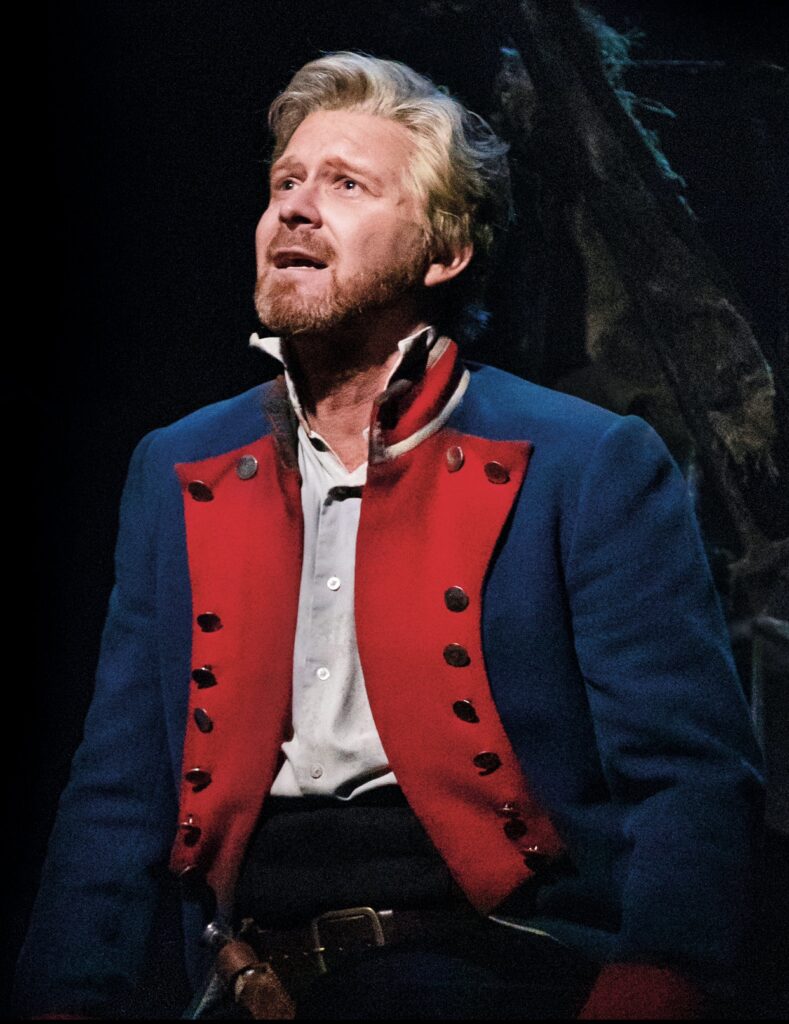 I was simply gobsmacked at how the set moved around so quickly right from ship to park to house to bridge to barricade. Ah yes, the barricade. 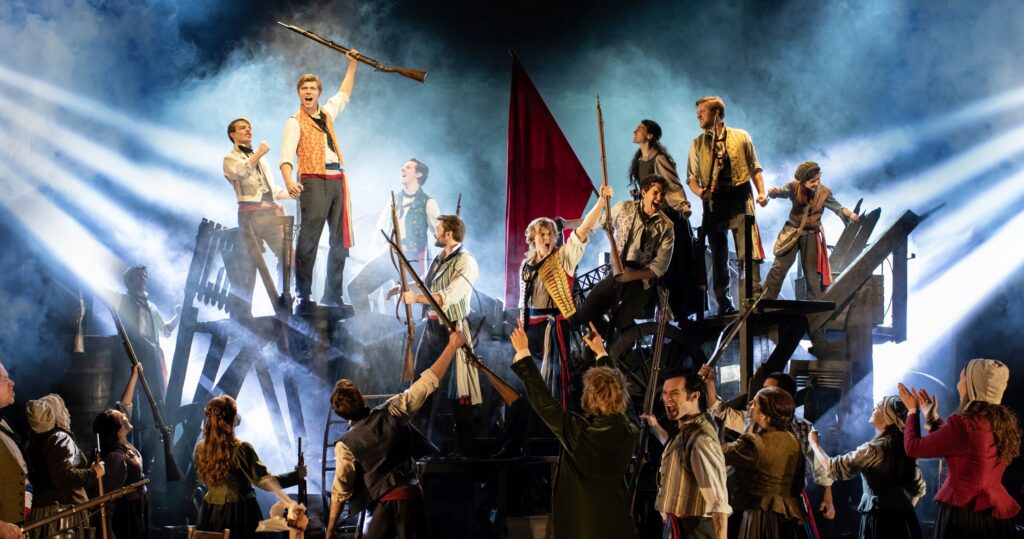 The barricade is a focal point of the show and it is a privilege to witness it, to be a PART of it. The white light beams piercing the stage only add to the drama. As an audience member you are positioned with the people from behind as they face the street fighting head on and the injustice – try to fight those police and army brought in to crush them. 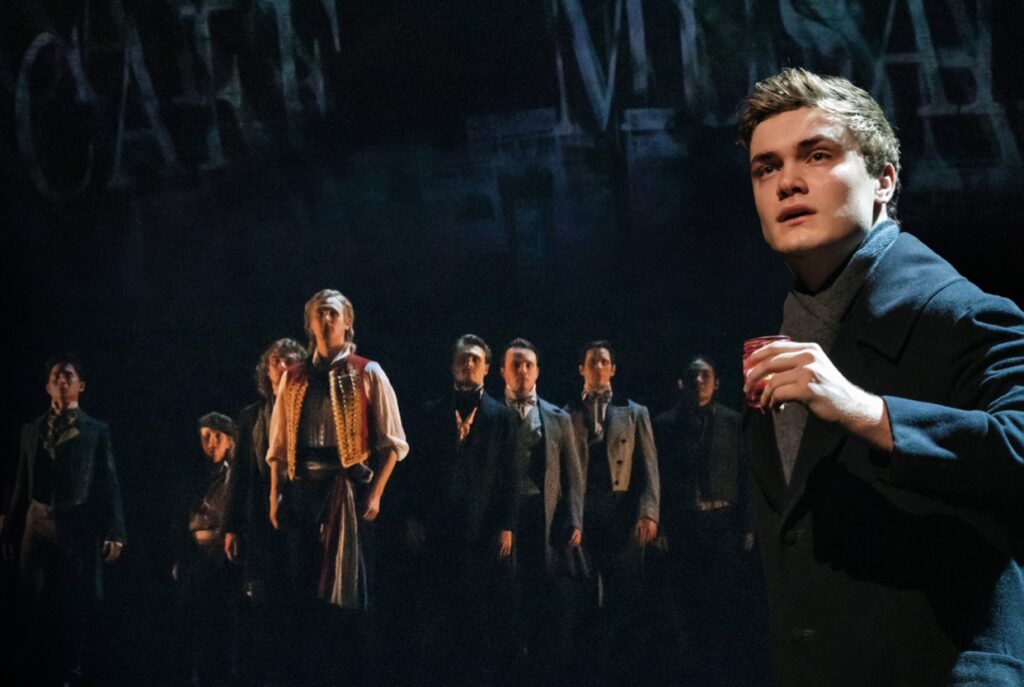 It was at that point that most of those who were in the auditorium were then probably thinking about real barricades and real gunfire not actually so far away in Ukraine. So it was a very touching moment after the curtain call when Valjean came out of character and Dean Chisnall stepped forward to encourage us to scan a QR code in the foyer on the way out and donate to the DEC Emergency Appeal. 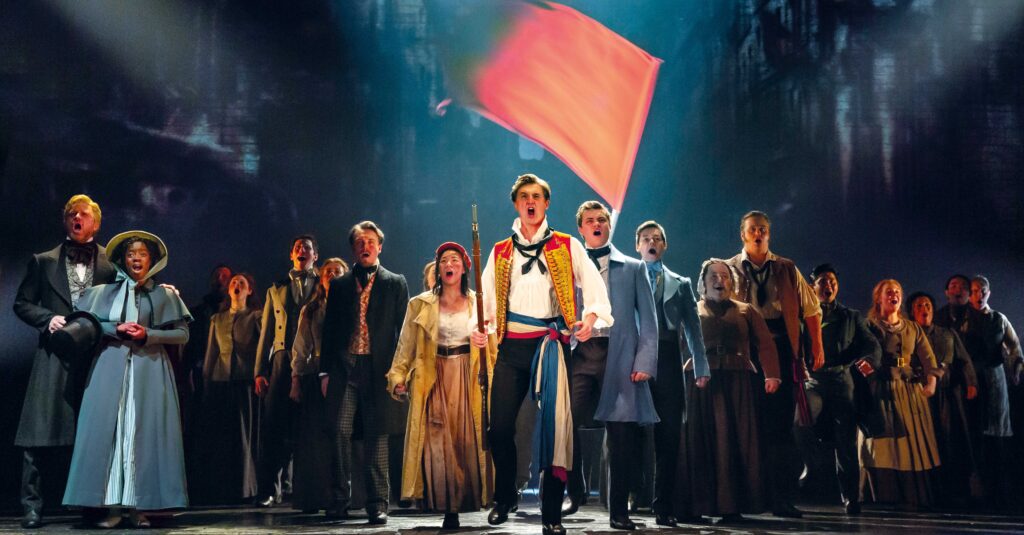 Well done to all the cast who had to deal with an unexpected pause just before the all-important climax to the first act after an incident where one of the orchestra members had to be attended to…for the cast to be able to pick things up and snap back into action just like that was admirable and totally professional. That’s live theatre!

The show continues until 28 March 2022. Click here to book tickets.