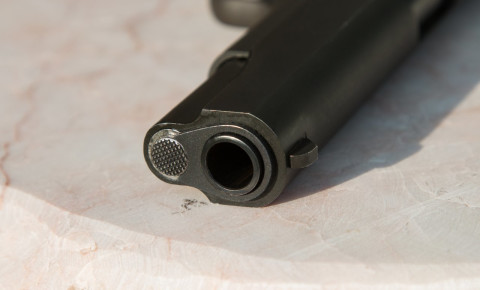 Gun Free South Africa says that gun owners should always keep their firearms safe to minimize the risk of unauthorized or accidental access to guns, especially by children.

A seven-year-old boy was shot dead Sunday when he and his two cousins ​​found a gun under the bed at their home in Libode, Eastern Cape.

Police say Kwanele Zide was fatally wounded when his 11-year-old cousin fumbled with the gun identified as a 9mm pistol.

The gun is said to have belonged to his 49-year-old grandfather, who was arrested for illegally possessing weapons and ammunition.

A gun is kept safe when locked in a safe and unloaded with the safe keys out of the reach of children, she says.

According to Taylor, international research shows that young children cannot distinguish between a real gun and a toy gun.

She also says research has shown that “protecting children with guns” is ineffective. Gun safety is when an adult tells a child to never touch a gun or gun parts if found in their home or with someone else.

I think it underscores the importance of having a gun in the household that it must be kept safely. Safekeeping means that the gun is unloaded and locked in a safe and the safe keys are out of the reach of children.

You can’t expect kids not to pick up or play with a gun even after you’ve told them not to. It is your responsibility as an adult to ensure that your child does not have access to the gun.