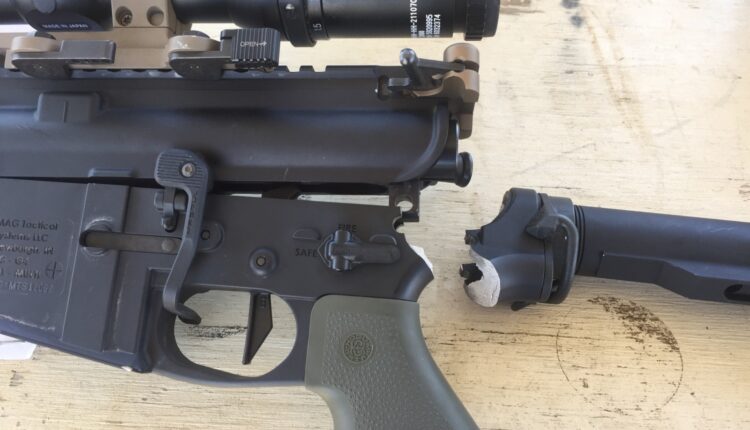 Thumbing through my Instagram feed a few weeks ago, I came across an interesting post by our friends at The Armory Blog. Originating at the sub-reddit r/3gun, the above image is a MAG Tactical aluminum and Magnesium hybrid lower which was originally advertised as being ‘ultra-light weight’. I’ve used the past tense because the company is now apparently out of business – judging by the numerous internet reports of material failures, we may have an idea of ​​why.

I am not a materials engineer, however brief “internet research” shows that some magnesium alloys are used in aircraft manufacturing and other load-bearing critical applications. If I had to take an uneducated guess, the MAG Tactical lowers needed a little more science before heading to final production.

Information on the failure and a link to the source thread can be found below.

‘Complete Failure’ OF Magnesium Lower From the Reddit Thread at r/3gun:

Not my rifle. But it happened right in front of me. Shooter engaged targets without issue. He noticed his stock was wobbly. he looked down and saw a crack.

He stopped shooting and when he went to unload – the whole rear came off.

Its an aluminum / magnesium receiver which is the likely culprit. Mag Tactical Lowers From Classic Firearms (Out Of Stock):

Ultra-light proprietary magnesium alloy from Mag Tactical has their AR15 lower receiver being 35% lighter than standard lowers on the market today. Not just looking to be the lightest on the market Mag Tactical Systems reinforced key areas of the receiver including the front pivot pin location and the trigger and hammer pin area. Longer trigger pin set included. Premium Grade, Ultra Light Weight Lower. TFB’s Ray I. Posted about MAG Tactical about four years ago:

Mag Tactical System constructs them out of a proprietary magnesium alloy and also uses a proprietary coating process to protect their lowers from corrosion. It features an integral trigger guard with room for winter gloves, a reinforced front pivot pin, reinforced trigger and hammer pin axis points and also includes extended trigger and hammer pins.