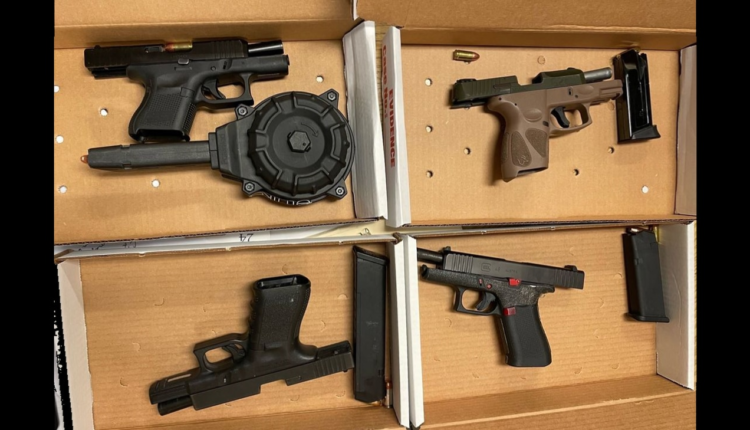 Syracuse, NY – A man and two teenagers were arrested with handguns loaded on the Near West Side on Saturday, police said.

Police officers responded to a suspect with a gun complaint at around 1:10 p.m. at Block 100 on Davis Street, according to a press release from the Syracuse Police Department.

Officers were told that two men were standing in front of Yusuf Market at 104 Davis Street with what appeared to be handguns in their sweatshirt pockets, police said.

18-year-old Zyair Morales was arrested and a loaded Glock 9mm pistol was found in his possession, police said.

A fourth handgun was found in an alley outside the store, police said.

Morales has been arrested and charged with gun possession, police said. He was taken to the Onondaga County Judicial Center, it said.

The youths were arrested for possession of weapons and handed over to their legal guardians if charged, the police said.

Author James McClendon covers breaking news, crime, and public safety. Do you have a tip, story idea, question or comment? Reach him at 914-204-2815 or [email protected]