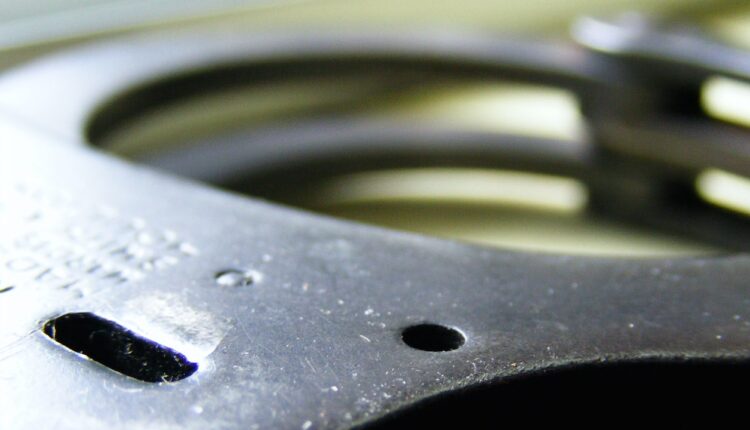 AUSTIN, Texas – A man has been arrested after stealing a vehicle and an AR-15 from two Austin Fire Department firefighters.

47-year-old Dennis Latrell Crawford was arrested on June 19 after allegedly trying to steal a woman’s car at the Texas Gas Station/Bread Basket located at 12800 Pearce Lane.

According to an affidavit, Austin Police Department officers and Travis County Sheriff’s Office deputies responded to the incident at around 5:38 pm

When deputies arrived, they detained Crawford, who matched the description the woman had given them. The woman told police she had parked at the gas pump and was walking into the store, clicking her key fob to lock her vehicle door, when she looked and saw the driver’s door open.

The woman said she saw Crawford in the driver’s seat and ran back and confronted him. She says she grabbed him by the collar and pulled him out of the car. Crawford was allegedly trying to steal money from the woman’s wallet which had been left in the vehicle.

Before APD officers arrived and Crawford was detained, a Travis County deputy says in the affidavit that a second man was detained in a vehicle, a Toyota Land Cruiser, adjacent to the woman’s vehicle. The man was sitting in the front passenger seat of the Toyota and officials believed him to be involved with Crawford.

The deputy said that they had received a call about 30 minutes before the incident at the gas station, at around 5:05 pm in the 8000 block of Hayride Road in Del Valle about a suspicious vehicle with a license plate that matched that of the Toyota . Inside the Toyota, the deputy saw a black AR-15 styled rifle.

Officers and deputies determined the Toyota was not registered to the man found in it or Crawford. They later were able to identify that the owner of the Toyota was an Austin Fire Department firefighter.

The affidavit says law enforcement was able to connect Crawford to the crime because items belonging to Crawford and to the firefighters were found in the Toyota.

Crawford, who is a convicted felon, was arrested for burglary of a vehicle, unauthorized use of a motor vehicle, and burglary of a habitation. He has been charged with felon of possession of a firearm.