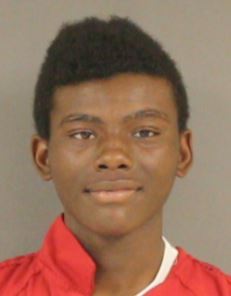 JACKSON, miss. (WJTV) – A 22-year-old man is charged with aggravated assault after allegedly shooting a 16-year-old girl on Wednesday April 14.

According to the Hinds County Sheriff’s Office, a proxy was stopped at the Terry Road junction near Highway 80 at around 4:15 p.m. There were three people in the car: the driver, the suspect identified as Tony Tyler, and the victim.

The shooting took place in the car and they tried to drive to the hospital.

Emergency teams rushed to the scene and the girl was brought to UMMC by AMR in stable condition.

A semi-automatic pistol was recovered from the car and Tyler and the driver, identified as the victim’s mother, were both arrested for questioning.

At the time, Tyler claimed the shooting was an accidental firing. Tyler told MPs he was in the car while handling the gun. Upon further investigation, HCSO said the facts did not support this claim.

Tyler is currently being held at the Raymond Detention Center.