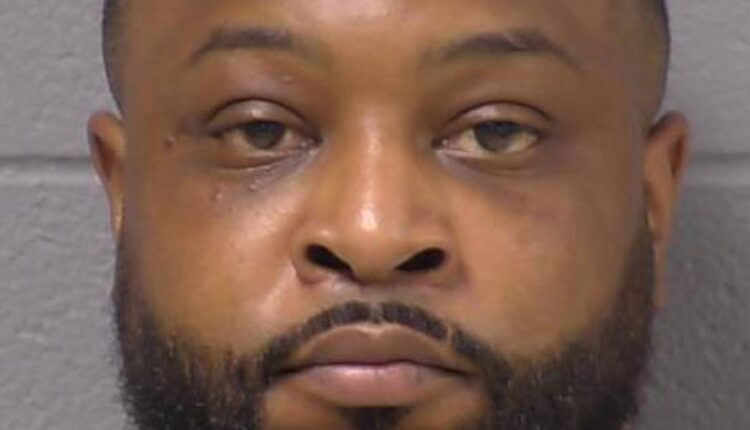 Broadview — A Broadview man has been charged in Will County with trafficking methamphetamine, possessing other drugs such as fentanyl and possessing devices that allow handguns to fire automatically.

On June 10, a statewide grand jury indicted Quincy Evans, 39, of Broadview, on 11 drug-related felony charges, including methamphetamine trafficking, possession of a machine gun and possession of parts designed to convert weapons into a machine gun.

The investigation of Evans began when Illinois State Police were notified of a suspicious crate from California that was going to be delivered to a business in Illinois, according to a news release from Illinois Attorney General Kwame Raoul’s office.

Agents from the federal Homeland Security Investigations delivered the crate, which was picked up and brought to Evans’ home, Raoul’s office said.

Evans was also in possession of a fully automatic Glock handgun, as well as multiple devices known as “switches” that convert handguns into automatic firearms, Raoul’s office said.

Illinois State Police and Raoul’s office did not respond to several questions regarding the investigation and arrest of Evans.

Attorneys with Kwame Raoul’s office and Will County State’s Attorney James Glasgow’s office are prosecuting the case in Will County.

The methamphetamine trafficking charge alleged Evans “knowingly brought or caused to be brought” more than 900 grams of methamphetamine into Illinois with the intent to deliver.

The alleged crime occurred between April 1 to 4 within Will and Cook counties, according to the indictment.

The remainder of the charges list of alleged crimes that took place in Cook County. The other drug-related charges alleged Evans was in possession of fentanyl, heroin, cocaine and marijuana.

Evans has been in the Will County jail since Wednesday on a $1 million bond. He’ll need to post 10% of that amount for his release from jail.

Gregg Gansmann, Raoul’s assistant attorney general, has filed a motion requesting a hearing to determine the source of any bond money that Evans may post. Evans argued public policy demands that any money posted should come from a legitimate source.

Buying a Suppressor Is Easier Than You Think