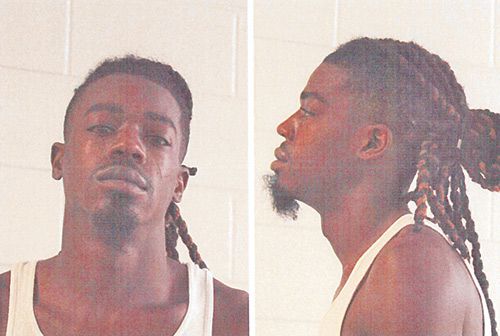 In the past week, a total of 17 shots were fired in a man’s vehicle after a disagreement a little earlier on the construction site where both people involved were busy.

“The shooting itself didn’t take place at Perdue’s factory,” explained Captain Jon Holland. “These were employees who were already at work and left. This incident took place outside the premises. “

The nature of the argument itself is still unknown, according to Holland. But a heated disagreement that occurred between the two men at work on Sunday, August 15, that afternoon spilled over after they left the compound. In a news release dated 20 near GA Highway. 247 spur.

Based on information the victim shared with law enforcement officials, he and another Perdue Farms employee had had an earlier argument. The colleague, later identified as 27-year-old Daryl Delonte Thomas, a resident of 817 Ash Street in Macon, reportedly waited for Johnson after work and blocked the road. Several shots were fired when Johnson attempted to bypass Thomas’s makeshift roadblock.

Evidence gathered on site included multiple rifle casings and markings suggesting a vehicle had gone off the lane. Following a follow-up investigation that identified Thomas as a shooter, he was taken into custody without incident on Tuesday, August 17th. A search of Thomas’ vehicle revealed an assault rifle, which is most likely the firearm used in the incident.

Fortunately, despite the number of cartridges fired, there were no injuries in the shooting. Thomas is charged with aggravated assault, possession of a firearm while committing a crime, and firing a firearm on or near a public road.

According to Captain Holland, as of Sunday, August 22nd, the bond was still pending for Thomas, currently detained at the Houston District Detention Center.

Corporal John Kamens is the lead investigator for the Houston County Sheriff’s Office, and anyone with additional information on this case should call 478-542-2080.