Breadcrumb Trail links Crime While Greg Meyer’s lawyer said the sentence was lengthy for an offense not involving violence, he felt it was.. 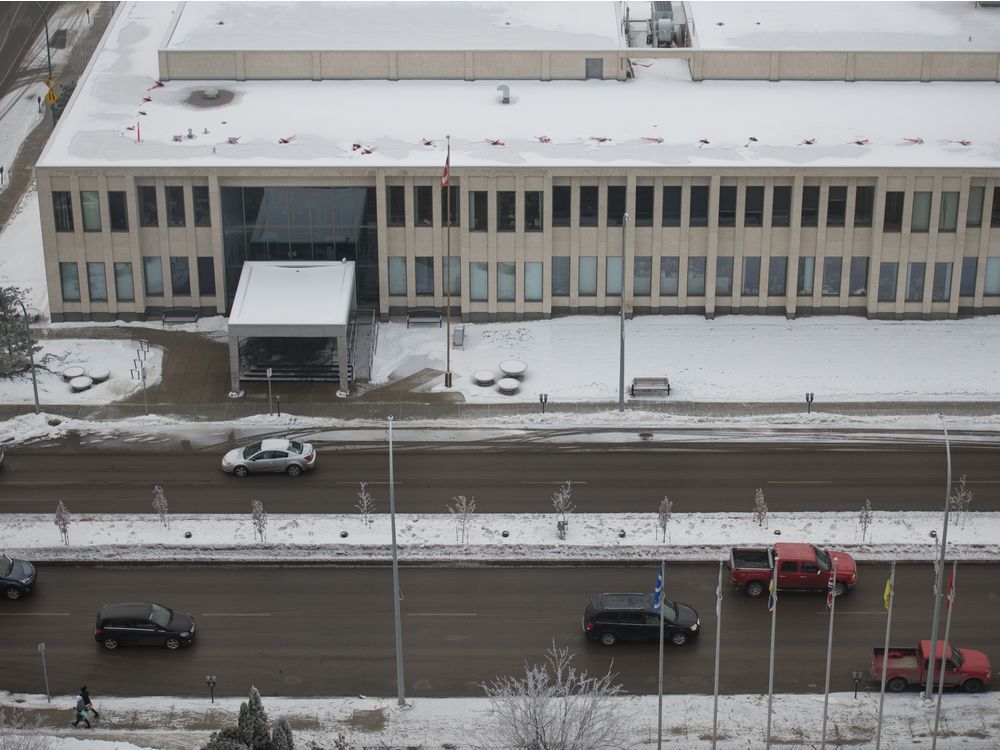 While Greg Meyer’s lawyer said the sentence was lengthy for an offense not involving violence, he felt it was appropriate. 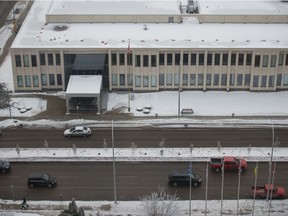 Greg Meyer was sentenced in Regina’s Court of King’s Bench Monday to seven years in jail for offenses including the manufacturing of firearms. Photo by BRANDON HARDER /Regina Leader post

For what he did with a 3D printer — for what he called a “stupid idea” that got away on him — a 39-year-old father has been handed a seven-year sentence.

Sign up to receive daily headline news from Regina Leader-Post, a division of Postmedia Network Inc.

Thanks for signing up!

A welcome email is on its way. If you don’t see it, please check your junk folder.

The next issue of Regina Leader Post Headline News will be in your inbox soon.

We encountered an issue signing you up. Please try again

The proceedings were the result of the first major investigation into 3D-printed guns in Saskatchewan and ended with a sentence that is among the first of its type in Canada, according to Crown prosecutor Arjun Shankar.

As he read from an agreed statement of facts before Justice Lana Krogan, the prosecutor presented a narrative that spoke of a man who was not just once, but twice found to have used 3D-printing technology for a criminal end.

Police got called out on May 8, 2020 after someone reported a gunshot on Edgar Street. And while no gun was ever found in relation, a youth interviewed by police told them Meyer made guns at his house with a 3D printer.

Following surveillance and further investigation, Meyer was called out of his Regina home and arrested.

Meyer was charged, but then released on conditions, including that he live at his grandmother’s residence and that he not use a 3D printer.

But police kept an eye on the man. Based on surveillance police believed he was still making and moving guns and he was found in breach of an electronic monitoring condition.

More searches were done, including at Meyer’s grandmother’s home in a small town southeast of Regina, and police again found 3D-printed gun parts, as well as a fully-functioning 3D-printed handgun.

In total, Shankar said the case involved about 14 guns, and while only the one 3D-printed gun was fully functioning, he told Krogan that a number of others were “very nearly operable.”

The sentence of seven years was suggested by both Crown and defense through joint submission.

“It’s a very lengthy sentence for something that doesn’t involve any actual violence,” Meyer’s lawyer Dave Andrews told the judge.

But given conversation he’d had about the case and research into the sentencing landscape, the defense lawyer said he viewed the sentence as appropriate.

He provided the judge a brief background, painting a picture of his client as a person who’d fallen in with the wrong crowd at a young age, after his parents had been divorced and his grandparents raised him.

Andrews said the now convicted man has held a number of jobs, including as a Regina tattoo artist, and has four sons.

In briefly addressing the court, Meyer himself said: “I’m sorry for all the trouble I’ve caused.”

It was then he acknowledged his conduct as being the result of a “stupid idea.”

Shankar noted firearms offenses exist on a kind of spectrum with regulatory offenses on one end and trafficking at the direction of a criminal organization on the other end. Although there was no evidence Meyer’s manufacturing was in conjunction with a criminal organization, Shankar suggested nonetheless that the man’s actions fell to the more serious end of the spectrum.

It was noted his criminal record included prior violence and firearm convictions, and he was under a weapons prohibition at the time of the offence.

Meyer’s sentence included seven years for the manufacturing charge and two years to be served concurrently for the possession charge. With credit for time served prior to sentencing, he is left with just under four years in jail going forward.

He was issued a lifetime weapons prohibition and ordered to submit a DNA sample for forensic analysis. Non-contact and forfeiture orders were also made by the judge.

Krogan said the sentence she imposed reflects Meyer’s stated remorse, his previous criminal history, mitigating factors such as health conditions and a challenging youth, as well as aggravating circumstances such as his continued offense after his first arrest, prior weapons prohibition, the presence of drugs , the number of guns involved and the “fact that these were handguns,” which are easily concealed.

“I sure hope this has been a lesson,” the judge said to the accused man.

“Biggest one in my life,” he responded.

The news seems to be flying at us faster all the time. From COVID-19 updates to politics and crime and everything in between, it can be hard to keep up. With that in mind, the Regina Leader-Post has created an Afternoon Headlines newsletter that can be delivered daily to your inbox to help make sure you are up to date with the most vital news of the day. Click here to subscribe.

Postmedia is committed to maintaining a lively but civil forum for discussion and encouraging all readers to share their views on our articles. Comments may take up to an hour for moderation before appearing on the site. We ask you to keep your comments relevant and respectful. We have enabled email notifications—you will now receive an email if you receive a reply to your comment, there is an update to a comment thread you follow or if a user you follow comments. Visit our Community Guidelines for more information and details on how to adjust your email settings.


Did you miss our previous article...
https://galleryforgreatguns.com/manufacturer-news/whitney-wolverine-hillbergs-spaceage-rimfire-pistol