Investigators say triple shooting in Hyde Park led them to a Littleton gun dealer, who was arrested today for illegally selling guns to one of the victims

ATF agents today arrested three men in connection with an alleged illegal gun sale by a Revere man who owns a Littleton gun shop: The dealer, the man .. 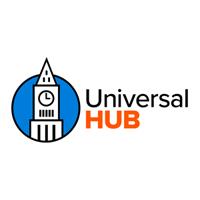 ATF agents today arrested three men in connection with an alleged illegal gun sale by a Revere man who owns a Littleton gun shop: The dealer, the man he allegedly sold three guns to, who was one of three victims of a November shooting near Ross Playground in Hyde Park and the legal gun owner who arranged the purchase, according to federal court documents unsealed today.

Cory Daigle, 28, owner of Steelworks Defense Solutions in Littleton, and Gustavo Rodriguez Grant, 20, of Hyde Park, who was one of three people shot at Rosa and River streets on Nov. 6 – and at 20 too young to legally own a gun – were charged with a federal count of conspiracy to make false statements with respect to the acquisition of a firearm. Shakim Grant, 21, who had a gun license, was also charged with that crime.

The shooting was just ten days after Rodriguez and Grant allegedly picked up the guns at Littleton.

According to an affidavit by an ATF agent on the case, Boston Police investigating the triple shooting ran the plate of the car in which somebody drove Rodriguez and another victim to Brigham and Women’s Hospital after the shooting and found it was registered to Rodriguez’s father, who also lives in Hyde Park – in a house that when officers arrived, had spattered blood on the sidewalk outside.

Police immediately “froze” the house, then returned around 12:15 am the next day with a search warrant, and found guns, several empty gun boxes and ammunition and magazines, the affidavit states.

While police were searching the house, Grant showed up and told officers he was storing guns there – he had a license for four separate guns – because he did not feel safe keeping his guns at his own home, the affidavit states, continuing that in a followup interview, he admitted lying about that, that he had helped arrange a sale between Daigle and Rodriquez.

GRANT stated that as far as he knew, RODRIGUEZ had already paid DAIGLE for the guns prior to GRANT meeting DAIGLE. GRANT clarified that he walked out of the store after meeting with DAIGLE and picking up firearms, without ever paying DAIGLE for them. GRANT explained that he kept the three Glock firearms in his possession for the day after acquiring them, and then the following day at work, he provided all three to RODRIGUEZ. Again, GRANT confirmed for me that RODRIGUEZ used GRANT and his Massachusetts License to Carry (LTC), to purchase firearms from DAIGLE for RODRIGUEZ.

A search of Grant’s phone Snapchat messages showed a lengthy exchange about 40 minutes after Rodriguez was shot, in which they tried to come up with a cover story on why guns licensed to Grant would be at Rodriguez’s father’s home – in a chat started by Rodriguez.

After coming up with one story, the affidavit states, Rodriguez had what he thought was a better idea:

Scratch everything, me and you work at vpne [a downtown-Boston parking-lot owner] on weekdays yu kick it w me, and yu leave Friday afternoons, that’s why ya licensed guns are in the crib.

But armed with Grant’s confession, and the Daigle’s name, investigators got a search warrant for Daigle’s Revere home and went up there on Jan. 5.

According to the affidavit, after talking for a while, Daigle also confessed, that he knew Grant was not actually buying the guns and that Rodriguez, who had no right to own them, was the ultimate purchaser.

DAIGLE’s response to questions about why he would engage in the transaction with RODRIGUEZ and GRANT knowing it was improper was, “that’s a straw purchase” but that he needed the money. He also said that RODRIGUEZ told DAIGLE that he would have access to the guns that he paid for, and that GRANT was acquiring. DAIGLE admitted, “At the end of that day I needed the fucking cash to pay my distributor, I sold three guns in one night.” DAIGLE said, “The point is I’m a gun dealer, I did a straw purchase. I fucked up.”

The affidavit continues that over the course of several months, Rodriguez sent Daigle a total of $1,160 via Venmo for guns and ammunition, and that:

During the search of [Daigle’s] residence, agents located firearms in numerous safes, as well as on furniture, in bedrooms, in drawers, and in open areas throughout the residence. The firearms were found scattered throughout the house and seemingly in no order.

Several were also not registered as required in a federal database, including one machine gun, parts to make a second, a short-barrel rifle with a kit to turn it into a machine gun, and an Uzi.

If convicted, the three face up to five years in prison.


Did you miss our previous article...
https://galleryforgreatguns.com/manufacturer-news/new-guns-are-on-the-way-gunscom