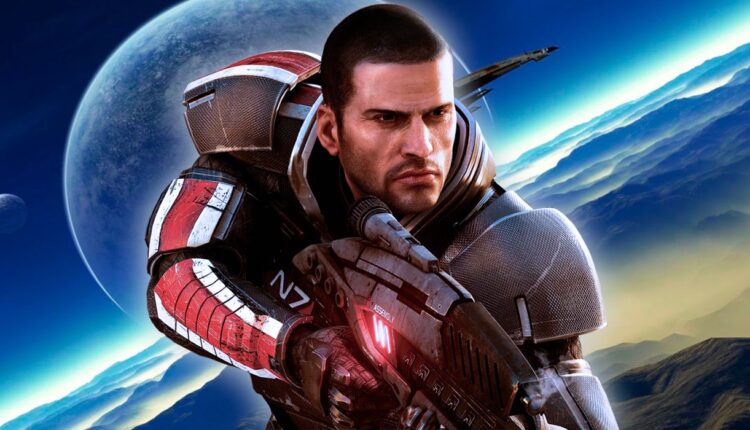 In the Mass Effect universe, assault rifles are the weapon of choice for several factions. They are the most accessible weapon and offer medium braking power and greater overheating tolerances compared to pistols, heavy pistols, shotguns, and sniper rifles. Assault rifles are more accurate than submachine guns, and their automatic firepower allows them to quickly take down enemies and provide cover fire. They allow a long range of fire for every combat situation, from short and medium range to awkward long-range shots, if you crouch and fire slowly.

While the Soldier class is the only one that begins training in assault rifles, other classes can learn to use them through training later in the game. Garrus, Legion, Grunt, Samara, and Zaeed also have access to assault rifles. Here’s what you should know about the six assault rifle models in Mass Effect 2.

Related: Mass Effect: Four Things We Want From The Sequel

Manufactured by Elkoss Combine, the M-8 Avenger is one of the most accessible and widely used assault rifles in the game. As the standard starting weapon for soldiers, the Avenger becomes accessible during the mission “Freedom’s Progress” after Shepard’s first meeting with the Illusive Man, but only if the player character is a soldier. It can be purchased later in the game for players who specialize in assault rifle training.

The Avenger has the second largest ammunition capacity with 400 rounds, 440 with the Armor Pack. The chamber holds 40 rounds per clip. However, along with the Geth Pulse Rifle, it has the lowest base damage and only deals 10.8 damage per round. Because the recoil is at the low end, long range accuracy is much higher than other assault rifles. With the targeting upgrade, it becomes just as effective at medium distance too. The bonus damage modifier is 1.25 percent against shields, armor and barriers, allowing Shepard to spread damage to a large number of weaker enemies to take them out and move the battle forward.

The M-15 Vindicator is often used by assassins and mercenaries as any five-round shot can be fired from any distance with incredible accuracy. It is effective against armor, shields, and biotic barriers, dealing 1.25 percent damage to each and firing a base damage of 36.8. Originally made by Elanus Risk Control Services for the Blue Suns Mercenaries, the Vindicator became popular with other mercenary groups and assassins. Shepard can find the Vindicator on Omega during the Archangel mission. It’s on the couch in the room where Shepard first meets Archangel.

One of the downsides to the Vindicator is that it has very low thermal clip capacity and only lasts 24 rounds per clip with a standard reserve ammo capacity of 96 and 105 with the Armor Pack. To make up for the low ammunition capacity, the player must fire accurate shots, which are much easier with the Vindicator than with other assault rifles. It won’t be nearly as effective in enemy swarms, however, as many enemy swarms (like casings) won’t drop ammunition, meaning Shepard run the risk of emptying their ammunition.

The M-76 Revenant is useful against armor, shields, and barriers, dealing 1.4 percent additional damage against armor and 1.2 percent against shields and barriers. With the largest magazine of all assault rifles, the Revenant ammunition clip holds 80 rounds with a base spare ammunition capacity of 480 and 527 with the armament package upgrade. Running out of ammo while using this weapon is almost impossible, but it has its drawbacks. The Revenant has very poor accuracy despite its moderate recoil. It fires rounds at 700 RPM and is incredibly effective against massive, heavily armored enemies like YMIR mechs, attack helicopters, and descendants.

The Revenant is a very rare weapon that is protected from replication by Fabrication Rights Management technology and uses technology that is not as readily available as other weapon technology. It can sometimes be found in the collections of the incredibly wealthy and is only available to Soldier Class Shepard and can be found and selected during the “Collector’s Ship” mission. It cannot be used by non-Soldier Classmates or Shepards.

See also: Mass Effect: Why These Asari Are So Dangerous

Incredibly precise with low recoil, the M-96 Mattock is a semi-automatic hybrid weapon with the low heat of an assault rifle and the efficient accuracy of a sniper rifle. As a DLC weapon, it was originally only available through the Firepower Pack. In the Legendary Edition, however, it will be available at science stations. With a higher rate of fire than the Revenant, the Mattock’s rate of fire is 750 RPM and deals 1.3 percent bonus damage against armor and 1.2 percent against shields and biotic barriers.

It’s incredibly effective during the Soldier-class Adrenaline Rush, allowing Shepard to empty an entire magazine and inflict tremendous damage over the duration before the Adrenaline Rush subsides. A major disadvantage of the Mattock is the low ammunition capacity. The ammunition clip holds 16 rounds, with a basic spare ammunition capacity of 64 or that works really well with the Cryo Ammo Power, as it reliably initiates the freezing effect.

Related: Mass Effect 2: Every Heavy Gun And Where To Find It

In principle, the Collector Assault Rifle is comparable to normal assault rifles, but has one major difference: It consists of organic components. The powerful source of power is an internal organ with biotic capacity that removes shields, armor and barriers with incredible efficiency and accuracy. It has very low recoil and fires at 500 RMP, but it also has a relatively low ammunition capacity. With only 28 rounds per clip, the reserve ammunition capacity is 280 rounds and 308 with the armor package.

Originally available as part of the Mass Effect 2 Collector’s Edition, the Collector Assault Rifle replaced the M-8 Avenger as the starting assault rifle in Freedom’s Progress when a new game was launched. It was also made available in the Recon Operations Pack DLC for players who did not purchase the Collector’s Edition. Due to its status as a special collector’s edition item, it will likely be available for purchase in the Legendary Edition at science stations.

The Geth Pulse Rifle fires a rapid stream of phased projectiles and is highly effective against biotic barriers and shields and grants an additional damage boost of 1.35 percent. Not nearly as effective on armor, it only offers 1.15 percent bonus damage. These geth weapons are generally hard to come by as they are seldom found after combat and nearly impossible to replicate. They are unreliable even after prolonged use and are very difficult to repair if they break.

The rapid fire rate at 1000 rpm is the highest of all assault rifles in the game. However, the speed varies as it follows an oscillating mathematical curve called a sine wave. It’s very accurate in the middle range and has a moderate ammo capacity of 40 rounds per clip and a base ammo capacity of 480 or 528 with the armor package. The Geth Pulse Rifle can be found in Hardcore or Insane mode during Tali’Zorah’s recruitment mission in the same room as Tali after the Geth Colossus was destroyed.

READ ON: Mass Effect 2: Every Sniper Rifle And Where To Find It

What exactly made Pokemon’s eighth generation so controversial?

Jennifer Melzer, a 2006 graduate of English and Creative Writing from Bloomsburg University, has been a freelance editor and online content creator for various websites for over 14 years. She has spent the last two years creating content for the Archivos story building engine. She is an avid gamer, lover of comics, manga and anime and all about nerds. She currently spends her Tuesday evenings playing a tabaxi ranger in a Dungeons and Dragons streaming campaign called So Many Levels.