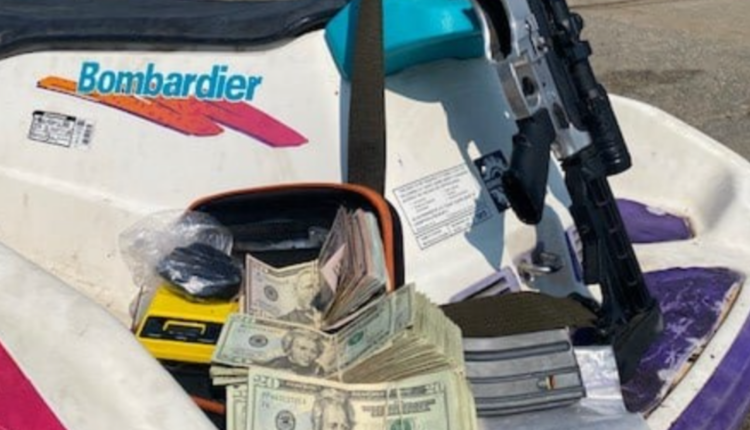 The Napa County Sheriff’s office witnessed a unique arrest on Wednesday in which two men were brought up for arrest warrants and possession of heroin. One of the men was on a floating jet ski that contained a loaded AR-15 rifle.

Wednesday morning, the Napa County Sheriff’s deputies were dispatched to a suspicious vehicle that was blocking the Putah Creek launch pad. MEPs located 37-year-old Nathan Norfolk, who was standing next to the car and had pleaded against the warrant. About 3 ounces of heroin and more than $ 8,500 in cash were found in the car.

The owner of the car, 69-year-old John Duran from Fairfield, was floating on a jet ski about 50 meters from the launch pad. Duran had a loaded AR15 rifle in the jet ski storage box. Both men were arrested and assigned to the Napa County Correctional Services Department.

Great job from the sheriff’s office getting this dangerous person out of Lake Berryessa.