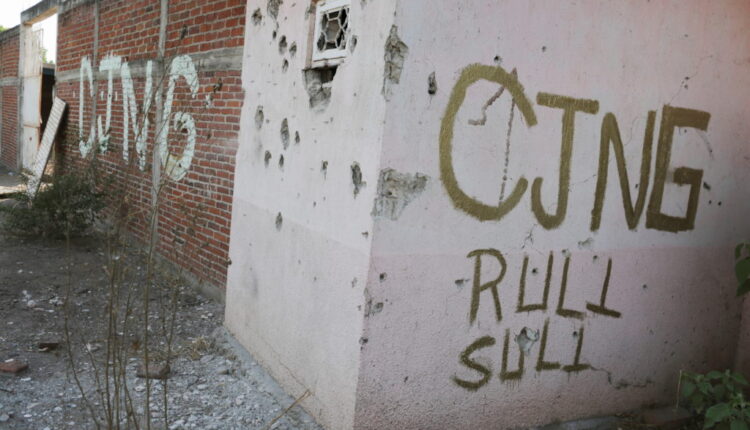 The residents of Aguililla are fed up with the army’s strategy of simply separating the Jalisco and Michoacan-based Viagras gangs. Army policy allows the viagras – best known for kidnapping and extortion – to set up roadblocks and checkpoints that have choked off all trade with Aguililla. Limes and cattle on the way out or supplies must pay a war tax to the viagras.

SEE: Ordinary people take the law into their own hands to counter antitrust threats

But one explained to the army: “The only road to Aguililla is blocked and controlled by a cartel just 500 meters from you, and you (the army) are doing nothing to protect our right to free travel, “he said.” You don’t know how hard it is to pay a war tax that is used to kill us. “

But Jalisco will not accept the government as an arbitrator in the territorial divisions of the drug cartel; The local cartel leader in Jalisco says the army is only trying to protect the weaker of the two gangs, the Viagras, for corruption reasons.

When the local boss is standing at an improvised command post on the street, a pickup truck full of gunmen from Jalisco with AR15 assault rifles drives up. The driver says: “The scorpion said he needs something” and the boss reaches into his own truck and hands the copilot a plastic bag with what appears to be a kilogram of cocaine, apparently for “the troops”.

The local chief rejects government claims that cartels like Jalisco are having difficulty recruiting young recruits because of the current government’s youth employment and training programs.

“It depends on the type of youth,” he says. “Those who sleep under bridges come here thinking they are in Paris. There is food here. “

To cope with the increasing firepower in the conflict, the Mexican government has played a powerful card to outperform the Jalisco cartel: Blackhawk attack helicopters, equipped with rotating-barrel electric machine guns that can fire 6,000 rounds per minute.

El Universal newspaper published transcripts of intercepted cartel communications in which a leader trained a .50 caliber sniper to fire armor-piercing rounds through the door of a helicopter. The Mexican Army did not respond to requests for comments on this or any other matter.