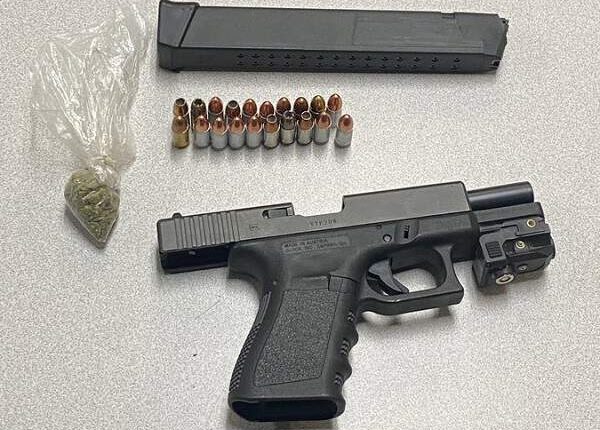 MIAMI BEACH, Fla. – A Lauderhill man quarreling with a security guard and grocery staff at a Burger King in Miami Beach drew attention to himself by causing a disturbance. But it was what he told the officers that he had in a bag around his neck that took him into the hot water.

Six Miami Beach police officers were near the fast food restaurant on the 200 block on 11th Street when a call came in from a man who was talking to workers at Whopper Bar on 1101 Washington Ave. at around 8:30 p.m. Saturday night.

A security officer said the man argued over his meal order and then became physically aggressive with him, according to police. Officers said they were also told that the man had a gun.

STOLEN FIREWORKS: Officials were signed off last night on an issue with a firearm. The gun was stolen from Miami-Dade in November. The 24-year-old subject was arrested and charged with stealing and carrying a hidden gun. #MBPDProtecting pic.twitter.com/VU04CPH9wL

When officials showed up, passers-by pointed out the man who was later identified as 24-year-old Deron Lamar Tiggett. During a copy, Tiggett told police he had a gun in a pocket around his chest.

Officers were able to take the weapon, a Glock 19 with an extended magazine with 20 cartridges, without incident.

A file review revealed that Tiggett was not permitted to carry a hidden gun and that the gun he had was stolen from Miami-Dade County on November 11, 2020.

Tiggett is charged with stealing a gun and carrying a hidden gun.