Lever-action rifles have been a part of the American shooting scene since 1860 when Benjamin Tyler Henry patented the first practical example of the.. 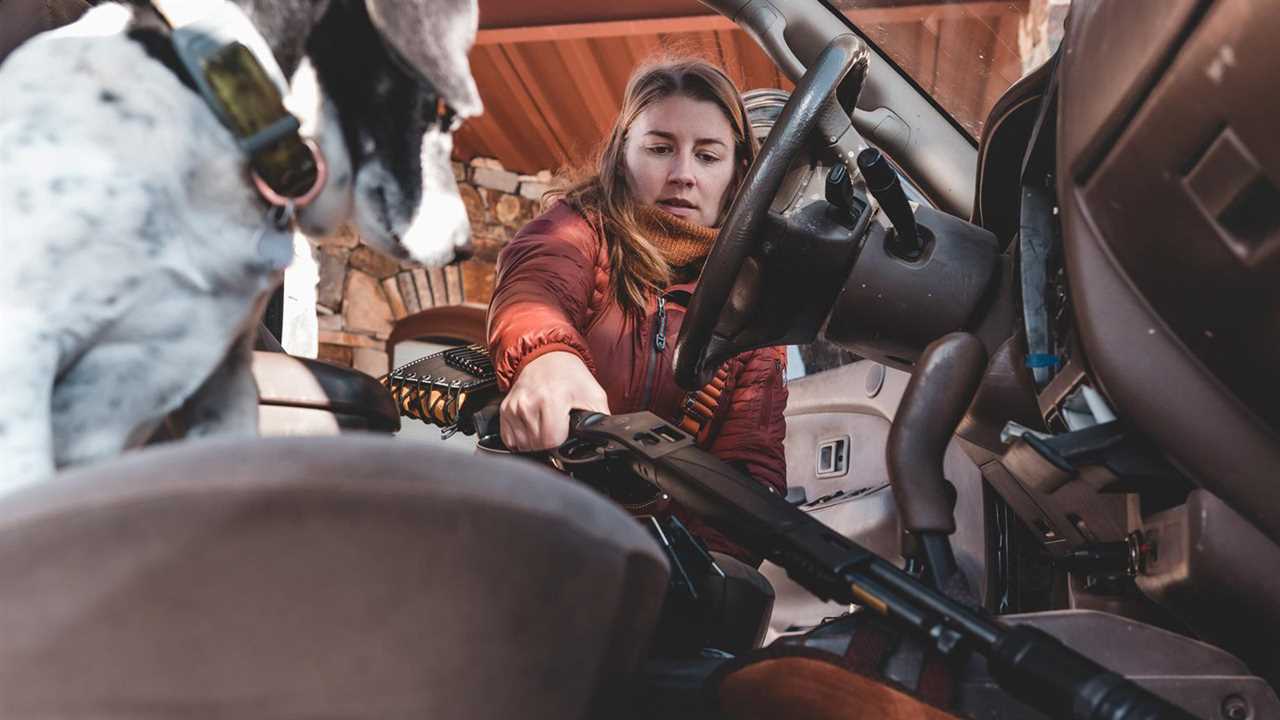 Lever-action rifles have been a part of the American shooting scene since 1860 when Benjamin Tyler Henry patented the first practical example of the platform. During their century and a half of production, lever actions have been produced by many different manufacturers while filling just about every rifle role possible. They’ve been used for military service, hunting, causal plinking and home defense.

A testament to the hardiness of the lever-action design is the expansion of several gun makers’ catalogs, including Henry Repeating Arms, Mossberg, Rossi USA other Taylor’s & Co. to include models with 21st century features and furniture over the last few years. These “tacti-cool” lever guns have sold well and are certainly popular with the straight-walled cartridge hunting crowd. But do these updated repeaters have a place in a home defense plan? The answer is a resounding “yes!” Let’s take a closer look at a few of the reasons why these rifles and shotguns are a good fit for the job. For this conversation, the lever guns mentioned and shown are drawn from Henry’s X Model line-up.

A reliable action
Manually operated rifle actions, including bolt, pump and lever actions, have a distinct advantage over semi-automatic actions. Although they do not fire as quickly, manual actions do not rely on the pressure generated by the fired cartridge to cycle the bolt assembly back and forth. Most modern semi-automatics will operate reliably with a broad range of ammunition. However, changes in cartridge pressure, like switching from a standard velocity round to a subsonic loadcan cause the rifle to jam.

The manually operated lever action does not rely on cartridge pressure to cycle the bolt.

Lever-action rifles have bolts that are locked in place when the lever is closed. They remain locked until the person shooting the gun releases the bolt by swinging the lever down. This cycles the bolt back to eject the spent cartridge case and to cock the hammer. Swinging the lever back up presses the bolt forward into the closed position while chambering a fresh round from the magazine. This process happens swiftly with the lever’s down-and-up motion produced by the shooting hand.

Because this type of rifle does not rely on the cartridge to cycle the action, the levels of ammunition pressure can shift significantly without affecting reliable operations. The Henry X Model Big Boy series includes a carbine that can fire .38 Spl. or .357 Mag. Although switching ammunition will change the point of impact down range, this gun can fire an expansive range of ammunition with power levels varying from the softest shooting .38 Spl. wadcutter target load up to the full-power .357 Mag. rounds designed for defense against dangerous game.

Comfortable handling characteristics
The lever-action design is among the quickest and most intuitive manual actions to operate. The lever can be cycled quickly while keeping the stock in place against the shoulder and maintaining the sight picture using the support hand. This makes for quick follow-up shots when needed. In fact, with practice, a skilled lever gunner can come quite close to mimicking semi-automatic shooting speeds. Take a look at the Single Action Shooting Society competition videos you can find online and you’ll see what I mean.

Modern fiber-optic sights are easy to see in daylight and low light situations.

Many lever-actions are carbines, or compact rifles, with barrels that are around 18″ or less in length. This gives them a handy feel and makes them easier to carry in the field. This means they are a good fit for a variety of body shapes, sizes and skill levels.The controls are ambidextrous and the trigger has a light,smooth single-stage trigger pull.

Load As You Go
It may seem a bit odd to call the loading gate on the right side of a lever-action’s receiver a “tactical” feature, but it is. Like pump-action shotguns, lever guns feed ammunition from a fixed tubular magazine. This limits the ammunition capacity to somewhere between five to eight rounds (depending on the caliber), just like most standard pump actions.

The loading gate allows the rifle to be topped off as needed.

A lever gun’s side loading gate can be used for a loading technique, commonly used with combat shotguns, called topping off. As rounds are fired, additional rounds can be pressed through the loading gate into the magazine. This can be done with the chamber loaded while maintaining a shooting stance. So even though a lever gun is not as quick to reload as a semi-automatic, it can stay in the fight without having to shoot it to empty, just like a pump-action shotgun.

Ideal defensive caliber options
With today’s diverse selection of high-speed, low-drag, modern sporting rifle caliber options, some folks are quick to dismiss the 127-year-old .30-30 Winchester cartridge as antiquated. But there’s a reason it’s still among the most popular calibers for lever guns: it works! In regard to using a .30-30 Win. for home defense, you won’t find much in the way of specialized defensive loads like those for handguns or shotguns. The majority of modern .30-30 Win. loads topped with expanding bullets are intended for hunting. However, that’s not an issue with this particular gun and ammunition combination. Cartridges which are suitable for harvesting wild boar, whitetail deer or black bears at 75 to 100 yards will stop two-legged threats effectively.

Pistol-caliber lever guns are quite popular as well. Henry’s X-Model Big Boy carbines are available chambered in .45 Colt, .44 Mag./.44 Spl. and .357 Mag./.38 Spl. All of these calibers have proven track records for defensive effectiveness at home-defense ( and more extended) distances. Being able to load your rifle and a preferred revolver from the same ammunition box is quite convenient in the field and can save money when purchasing ammunition in bulk.

What about the hard hitting .45-70 Gov’t.? Can it be used for home defense? What the .45-70 Gov’t. can and can’t do is a longer conversation for another day, but I will point this out: Rifles in this caliber can be loaded with standard-pressure cartridges topped with 405-gr. bullets launching at around 1200 fps This gun and cartridge combination provides performance comparable to a 12-ga. shotgun loaded with low-recoil 1-oz. slugs (1 oz. is 437.5 grains). Some folks think this as an overpowered option for home defense while others trust it to get the job done quickly and effectively.

The X Model series includes a .410 Bore shotgun configuration which is chambered for 2.5″ shells. We’ve touched on the effectiveness of .410 Bore’s for home defense in the past, so please follow this link to view that discussion.

The Gun You Already Know
There are several more reasons that could be mentioned for putting this class of lever-action rifle to work as a home-defense gun. The up-to-date features, including lightweight polymer stocks, fiber-optic sights and threaded barrels, are a good fit for defensive applications. Lever guns are also unfettered by the draconian regulations and biases that prevent the ownership of semi-automatic “black guns” in several states and cities. And so on.

Semi-automatic rifles hold more ammunition and shoot faster but a lever gun you know and trust is a viable home-defense option too.

But what I’m going to wrap up with is this: Lever-action carbines are multi-purpose platforms. If you already own one then it’s likely to be a gun that’s already been put to work as a camp carbine, truck gun, a cowboy competition rifle or for keeping the family deep freeze stocked with good things to eat. It’s got the performance you need and trust and familiarity that comes with time spent at the range and in the field. This familiarity can be invaluable in a defensive situation since it allows the home defender to focus more on the situation at hand and less on running the gun. Some folks will prefer to turn to semi-automatics in a pinch but keeping your trusty lever gun clean and staged for home defense is a viable option as well.