Whether it be in smartphones or sport optics, the natural evolution of technology follows a path that usually results in lighter, less-expensive.. 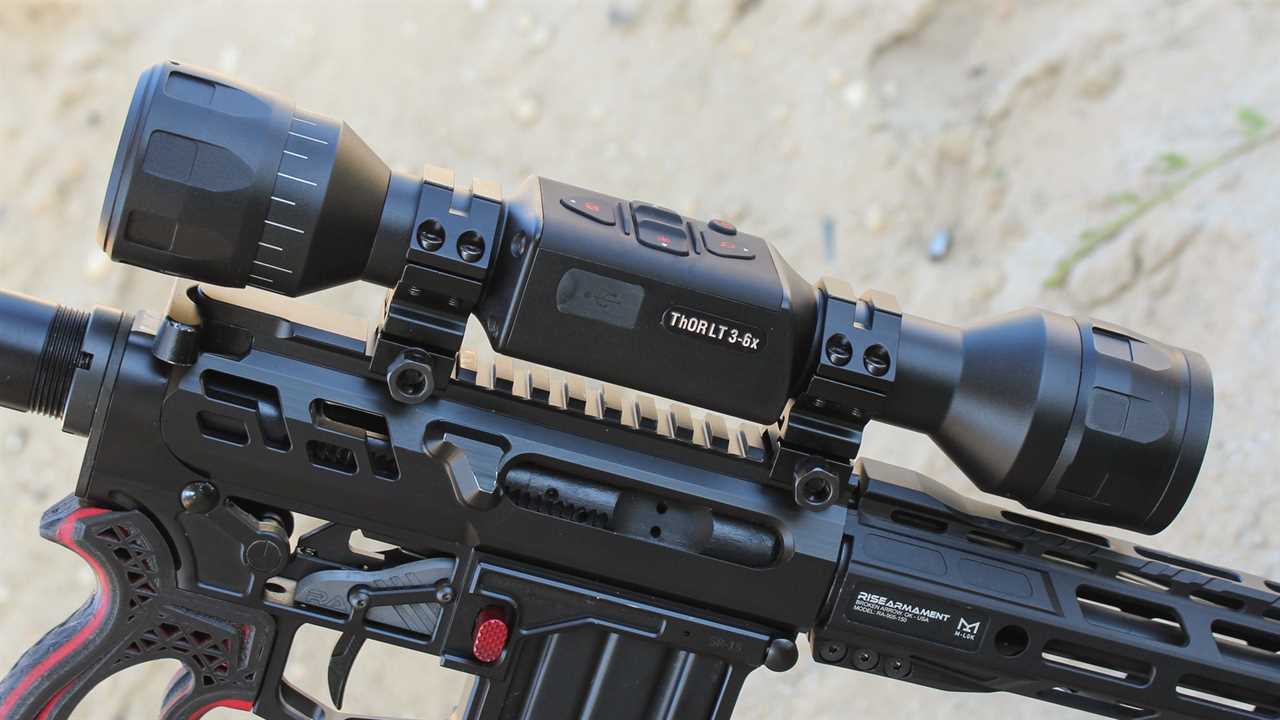 Whether it be in smartphones or sport optics, the natural evolution of technology follows a path that usually results in lighter, less-expensive options eventually being made available to the consumer. This is excellent news for anybody that has ever lugged a thermal optic into the field, because although they are highly useful for detecting game under limited lighting conditions, they can be prohibitively large and heavy. Optic company ATN has been working aggressively to mitigate this shortcoming, and its ThOR LT 320 3-6X demonstrates its progress.

Like other optics in ATN’s ThOR line, the LT series utilizes an Obsidian thermal sensor. The chip used in our test sample featured a resolution of 320×240 pixels, although a less-expensive, 160×120-pixel version is also available in this line. These sensors consume less power and therefore can get by with a slimmer, lighter onboard battery. The completed circuitry picks up unique heat signatures and then digitally draws an image that is displayed on the 1280×720-resolution viewfinder. Housed within a hardened-aluminum body, the ThOR LT comes in at just a hair over 22 ozs., putting it on par with many conventional scopes. It was also designed to be mounted with standard scope rings, making it a very flexible thermal-imaging option.

We affixed our test sample to a .223 Rem. AR-15 using an inexpensive pair of aluminum rings. The manufacturer warns against going too high over bore, as it can alter the reticle’s position in the viewfinder. After ensuring it was mounted securely, we used the included USB-C cable to charge the unit for approximately six hours.

With the optic fully charged, we headed to the range shortly before dusk. Our first task was to zero the ThOR LT using ATN’s impressively simple, one-shot zero program and an instant hand warmer as the target. This program involves firing a round and then directing a correction reticle over the impact while holding the original reticle over the point of aim. After hitting “Enter,” the optic adjusts for the difference between those two points, and subsequent shots will land at the point of aim.

We then turned our attention to the rest of the controls, which are greatly simplified compared to some of ATN’s previous offerings. A single button toggles between 3X and 6X magnification, making it far faster to zoom in on distant targets. The same holds true for brightness and contrast adjustments, the buttons for which are located on the left and right sides of the control pad. Simple adjustments like these make the optic much more practical for use in the field.

More ancillary menu options can be accessed by holding down the central button, which all agreed was smart because it tucks them away from an accidental adjustment in a pitch-black environment. The viewfinder was simple to process, only displaying battery status, magnification, cant and cosine indicators. Our shooters were delighted to see that the latter two weren’t omitted, as displacement along those planes is challenging to spot at night.

After nightfall, we confirmed that our impacts were still centered on our 100-yard target before reaching out to a similarly sized piece of steel at 200 yards. Still warm from the day’s sun, its unique shape was easily recognized by the testers who were able to apply the appropriate holdovers to score hits. Upon impact, the bullet virtually vaporized, producing a fireworks-like effect that was exhilarating to watch. Missed shots weren’t nearly as exciting, however, we were able to spot where they landed, as they displaced the warmer surface dirt, exposing the cooler earth below.

In the LT, ATN has done a great job of simplifying its ThOR optic, giving hunters what they need in order to be successful without overcomplicating the task at hand. This simplification also drops the price significantly, resulting in an impressively reasonable MSRP of only $1,599. Once prohibitively expensive, this puts thermal optic technology within arm’s reach of a much greater swath of the shooting public.

Did you miss our previous article...
https://galleryforgreatguns.com/modern-sporting-rifles/by-whatever-name-this-gun-should-be-banned