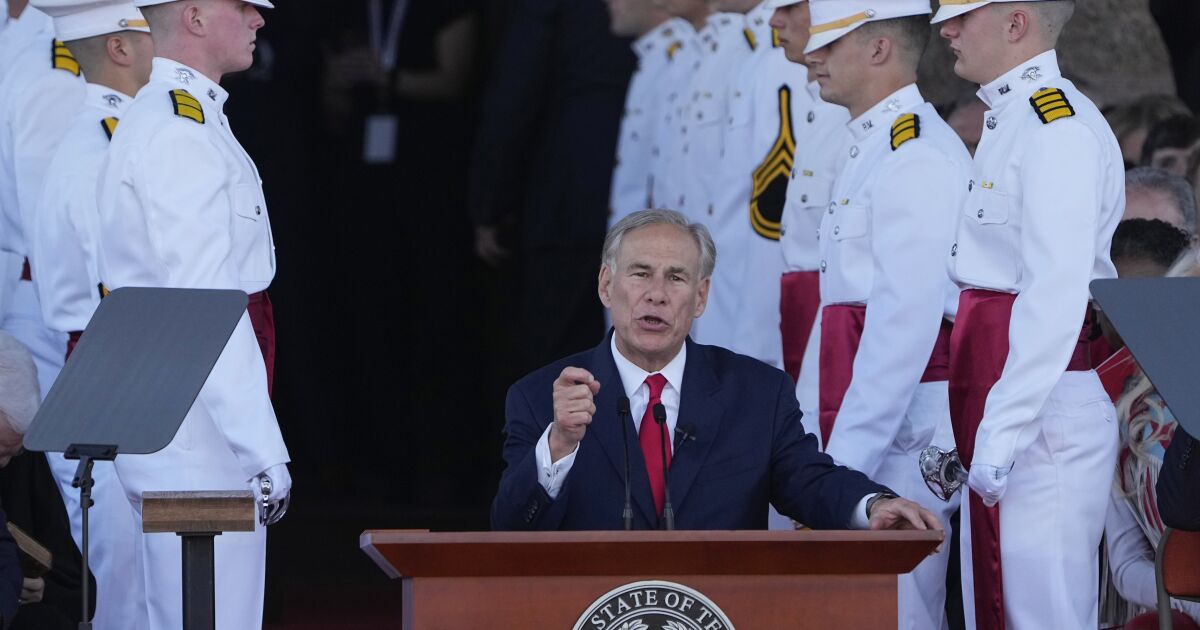 His inaugural address outside the Texas Capitol did not include specific policy prescriptions in the aftermath of the massacre of 19 children and two teachers at Robb Elementary School by a gunman armed with an AR-15-style rifle. The May tragedy was compounded by a hesitant law enforcement response that remains under investigation and has led to the resignation of several officers.

Abbott touched on mental health and made assurances of swift — albeit still undetermined — action as he began a ninth year in office. He pushed back on calls for tougher gun restrictions during his reelection campaign and it is doubtful the GOP-controlled Legislature would raise the minimum age to purchase AR-15-style rifles from 18 to 21, which has become one of the biggest demands of the most vocal families in Uvalde.

“Parents must know that their children are safe when they drop them off every morning,” Abbott said.

It made for a pause in an otherwise optimistic address that portrayed Texas as a prosperous and booming economic juggernaut. The state recently surpassed 30 million residents and lawmakers are starting this year with a $32-billion budget surplus, a stockpile larger than what other states spend in total from annual general funds.

Whether Abbott, 65, has presidential ambitions in 2024 will also be closely watched. His top political strategist said in November they had not discussed the possibility, but Abbott has never ruled out a White House run.

In the short term, Abbott’s grip on Texas has seldom appeared tighter: He cruised to reelection in a commanding victory over Democrat Beto O’Rourke, turning back critics who blistered his handling of the Uvalde shooting, the deadly winter collapse of the state’s electric grid and his signing of an abortion ban with no exceptions, even in cases of rape or incest.

Nationally, Abbott has taken his party’s mantle on hard-line immigration measures amid a feud with the Biden administration over record numbers of migrants crossing the US-Mexico border. He continues to bus migrants to cities with Democratic mayors and preside over a $4-billion border security operation.

“With the Biden administration missing in action, Texas is using every tool to protect our state,” he said.

Texas’ new legislative session is the first since Democrats bolted from the state Capitol for Washington in 2021 in a dramatic quorum break to temporarily delay passage of new voting restrictions for weeks. Democrats remain vastly outnumbered in the legislature and have little ability to stop Abbott’s agenda, but struck an optimistic tone Tuesday.

“To the extent that the governor and other leaders focus on those bread-and-butter issues like education, jobs and infrastructure, I think there is plenty of opportunity for bipartisan work,” said state Rep. Chris Turner, who was the Democratic House leader when his caucus fled to Washington.


Did you miss our previous article...
https://galleryforgreatguns.com/modern-sporting-rifles/michael-haight-investigated-for-child-abuse-years-before-murders