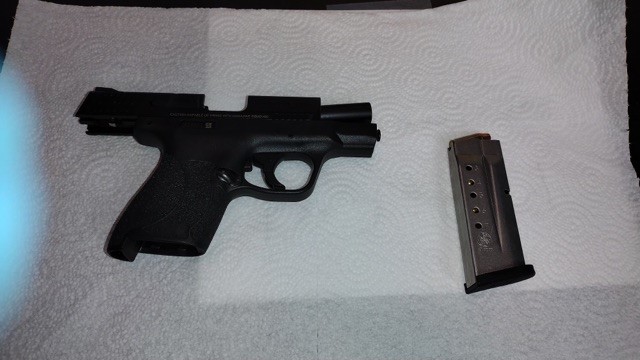 Transportation Security Administration (TSA) officials have noted an increase in firearms at checkpoints, most of which were loaded, with multiple guns seen at some checkpoints in the same week or even the same day.

TSA officers from Pittsburgh International Airport caught five guns at the airport security checkpoint in six days. A TSA officer prevented a man from launching his 9mm seven-bullet pistol on his flight on Sept. 28. This gun catch followed the guns caught last Thursday, Friday, Saturday and Sunday. Whenever TSA officers found the guns in the checkpoint’s x-ray machine, they alerted Allegheny County Police, who then confiscated the guns. Additionally, each instance resulted in the TSA referring the incident, which was to be prosecuted by the imposition of a substantial federal financial penalty.

“There’s no excuse for a traveler trying to take a gun on a flight,” said Karen Keys-Turner, TSA’s director of security for the airport. “The vast majority of violators claim to have forgotten they had their loaded guns with them. That is not an excuse. Responsible gun owners always know where their guns are and how to properly transport a gun to its destination. The correct way to pack a gun for a flight is easily available on the TSA website and it’s pretty easy. First the gun needs to be unloaded, which should be obvious. Second, put it in a locked hard case. And finally the suitcase with the unloaded weapon has to go to the check-in counter. From there, the airline ensures that the weapon is safely transported without travelers having access to the weapon during the flight. If you take the gun to the checkpoint, you will be fined by the TSA with a hefty fine. “

TSA officers at Norfolk International Airport caught the gun on Tuesday the 28th. The September 25 catch also involved a 9mm pistol. this time loaded with six bullets, including one in the chamber. After both discoveries, the Norfolk Airport Authority Police were alerted and confiscated the weapons. The cases have been referred to the Norfolk Commonwealth Prosecutor for possible prosecution. The men also face a heavy federal fine under civil law.

On the same day, TSA officials at Wilkes-Barre / Scranton International Airport prevented a Wayne County, Pennsylvania man from taking his loaded .45 caliber pistol and two loaded magazines with 13 bullets each on his flight. TSA officers discovered the loaded gun in the man’s hand luggage. There was a bullet in the chamber. The man, a resident of Lake Ariel, Pennsylvania, told officials that the reason he had his gun was because he was used to lugging around a loaded gun and he forgot to put it out of his pocket before going to the airport.

Last weekend, TSA officials at Washington Dulles International Airport (IAD) prevented a man from putting a handcrafted 13-bullet weapon on his flight on Sept. 26. The TSA alerted the Metropolitan Washington Airports Authority police who confiscated the gun and the man, a resident of Centerville, Virginia, about gun possession. He also faces a heavy federal fine for carrying a gun to a TSA checkpoint.

“Our TSA officers are very good at their job, especially at tracking down weapons that shouldn’t be carried on flights,” said Scott T. Johnson, TSA’s federal director of security for Washington Dulles. “This person had access to weapon parts and tools to build a fully functional weapon, but they are still not allowed to go through security.”

“This is a worrying trend and one that threatens the safety of other passengers and our officials,” said TSA spokesman Sari Koshetz. “You can see how some travelers throw their luggage onto the X-ray belt for screening and thus harbor the risk of accidental discharge with tragic consequences.”

More passengers have guns at the checkpoints in Ft. Lauderdale-Hollywood International Airport 2021 will be more than any other year. The total is now 103 years to date. The previous record was 100 in 2019. Across the state, 456 passengers brought guns to the checkpoints, as they did in all of 2020.

“And with more than three months left in 2021, the conditions are in place for an unfortunate and dangerous record, a record that no airport wants to set,” said Koshetz, “but many will exceed the gun numbers of 2019, even if the number of passengers is still there rises. “remain lower than this year before the pandemic.”