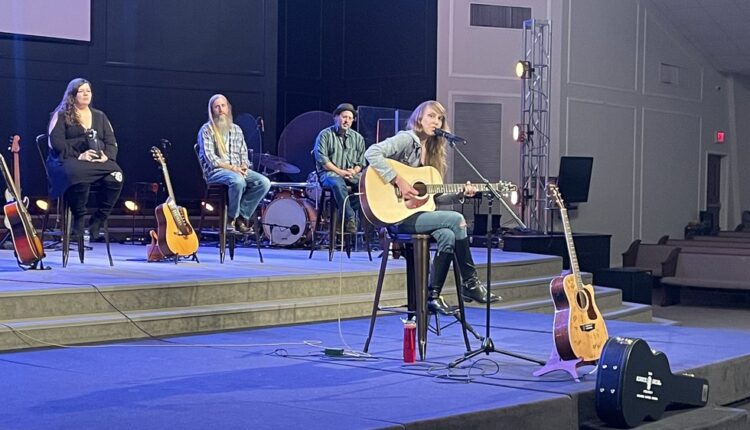 Musicians come together to raise money for Winchester guitar shop

“It was really fun because due to the time constraints on some nights I would stay up late trying to write the song. In order not to wake up my family, I wrote the song in my laundry room and came up with different melodies, ”said Autumn.

Autumn joined five other musicians from central Kentucky. Your mission through the project: a guitar, a week, a song. It’s a concept that was launched a few years ago by New York musician Dave Adams. The idea has spread all over the world.

Trish Torline organized the project in Winchester and challenged artists to spend a week with a guitar, write an original acoustic song and, when finished, give it to another musician.

Even more than showcasing local talent, this year’s proceeds will help a Winchester business owner.

“We were able to use this to support a program called Guitars for Kids. It’s the brainchild of RS Guitarworks and you may have seen it on Facebook, but they were devastated by the flood a few weeks ago, ”said Torline.

Every year, co-owners Roy Bowen and Scott Leedy give children in need guitars for Christmas. Even after losing 80% of their inventory, they are determined to make the project a reality.

Torline said they raised enough money for the guitars and now she’s hoping to give something back to the owners who have already given so much.

Read more about the latest news

“Pray about it, think about it, and if you can, donate to RS Guitarworks. I mean your shop is gutted, ”said Torline.