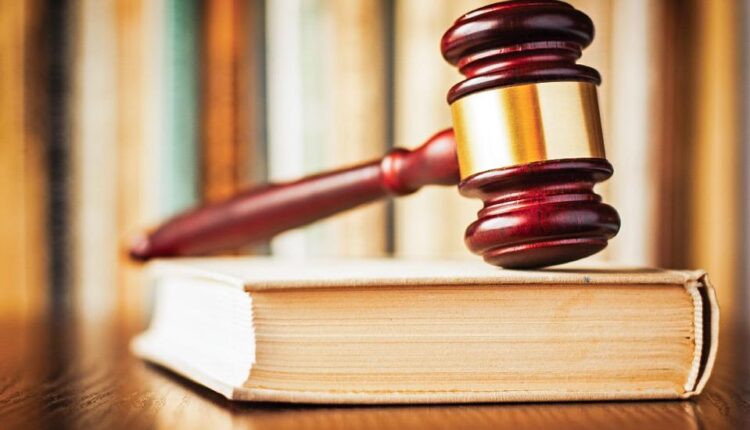 INDIANA – Gary police say robbed employees of a New Albany Waffle House at gunpoint in late September are now charged with the murder of two men in Gary within days of the southern Indiana incident. One of the two men was found buried in the suspect’s courtyard.

Robert E. Simms III, 33, is charged with a Level 3 crime in Floyd County on September 22nd in armed robbery.

He was charged with two murders in Lake County on October 15, a level 2 felony for robbery, a level 6 felony for arson, and a class B misdemeanor for the unlawful disposal of a dead human body in a murder on Jan. September.

In either case, one of the two charges is murder for the crime and one is criminal murder, which enables a prosecutor to charge murder if there was a homicide during another crime. He cannot be convicted of both murder charges in every case.

The Northwest Indiana Times reported last week that he and Isaih D. Lenburg, 24, a second suspect in the September 23 murder, were both detained in prison. Lenburg faces two charges of murder (one of which is murder), a level 2 for robbery, a level 3 for armed robbery and a level 4 for arson.

Court records received by the News and Tribune on Wednesday show that New Albany police responded to a robbery report on September 22nd at Waffle House on Charlestown Road, New Albany. The victims said the defendant walked into the restaurant, placed an order, and when a staff member gave him his grand total, the defendant pulled a black and silver semi-automatic pistol, pointed it at the staff member, and told her to “die (expletive). register “, show recordings.

The clerk started handing him the money when she said he reached in and grabbed more cash before escaping with this and his food in a white Pontiac minivan. The police checked the security material and sent a bulletin describing it to other authorities. They soon learned that from that day the Louisville Metro Police were also investigating an armed robbery. Investigators identified the man as Simms based on photos on his Facebook profile. Records don’t show why Simms was in New Albany or Louisville.

Lake County court records show that shortly after 11:30 p.m. on September 23, police responded to a report of a corpse along Old Hobart Road in Gary with what appeared to be two gunshot wounds in his back. The victim was later identified as 38-year-old Glynon Nelson, a Lyft driver who, according to investigators, picked up Simms and Lenburg that evening. His car was found burned in a wooded area on October 1st.

Investigators found that the driver’s last fare that night was at the Woodlake Apartments at 10:57 pm, with a drop-off time of 11:07 pm

Police believe Nelson, the Lyft driver, picked up Simms and Lenburg and the two returned about two and a half hours later by car but without a driver. Investigators say the murder occurred during a robbery and that Simms killed the man while he was cooperating.

According to police, Simms and Lenburg drove around in their car after the killing and robbed several houses.

Records in the second case in Lake County show that on October 10th, police found a witness who escaped a moving Simms vehicle. The witness knew Simms, informed the police. The witness said the victim Nicholas T. Kowalksi had come to Simm’s house about a week earlier and left with the suspect, who later returned alone in Kowalski’s van.

Police say Simms was trying to rob Kowalski and shot him dead when the victim first drew his gun. He was found buried behind Simms’ house on Juniper Terrace, which is in the Woodlake apartment subdivision.