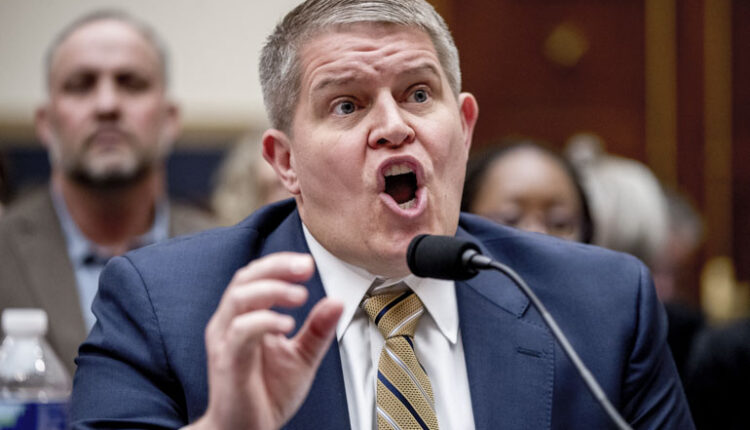 NSSF: Watch the Chipman Senate hearing on Wednesday, contact your senators to oppose the confirmation

From the National Shooting Sports Foundation. . .

on Wednesday, May 26, 2021 at 10 a.m. EDT., President Joe Biden’s candidate for the new director of the Alcohol, Tobacco, Firearms and Explosives (ATF) Bureau, David Chipman, will testify before the Senate Judiciary Committee. It is vital that all members of the firearms and ammunition industry, as well as supporters of the Second Amendment, contact their U.S. Senators asking them to oppose Chipman’s appointment as director of the ATF, also for the numerous reasons highlighted here.

During the committee hearing, Chipman will be forced to answer questions about his resolute gun control agenda, including calls for a ban on AR-15 rifles, the introduction of “universal background checks” and the establishment of national weapons registers as well as his own Disparagement the gun buyer. Chipman is still employed by Gifford’s gun control group, which he lobbied for. He was also a lobbyist for Michael Bloomberg’s Everytown gun control group and is still a consultant.

The NSSF vehemently opposes the nomination of Chipman as someone wholly unqualified for public trust.

Gun control advocates are already doing a full court press for Senators to approve Chipman for the post. The entire firearms and ammunition industry and all supporters of the second amendment must make their voices heard against Chipman’s nomination.

click here to get in touch BOTH Of your US Senators. Select your state from the drop-down menu and the Washington, DC office phone numbers will appear. Please call BOTH senators from your state.

click here on the morning of Wednesday May 26th at 10 a.m. EDT if you’d like to watch the Senate Judiciary Committee hearing on David Chipman’s nomination.

It is critical that David Chipman’s nomination as director of the ATF be rejected. Contact BOTH your US Senators today.

We partnered with @Everytown, @BradyBuzz, and @CJActionFund to create a video and six-figure ad purchase calling on Senators to endorse @POTUS ’eminently qualified candidate for ATF Director David Chipman. Experts agree that the Senate # ConfirmChipman.https: //t.co/Kn4cc4BTiN