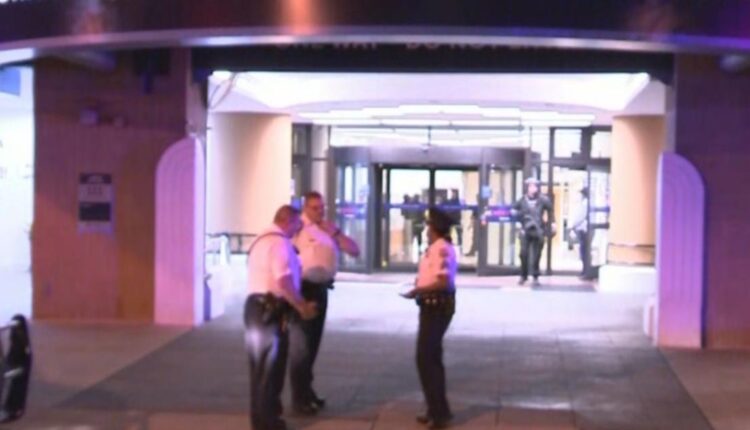 Philadelphia – A nurse was shot dead at Jefferson Hospital in Center City early Monday morning, CBS Philly reports. According to police, the suspect shot and killed a 55-year-old heavily armed man in a smock 42-year-old male nurse on the 9th floor of the hospital shortly after midnight.

The suspect also worked as a nursing assistant in the hospital, the police said, but it was unclear how the two knew each other. Assistant District Attorney Chesley Lightsey said the suspect’s motive is unknown, but preliminary investigation leads them to believe the two were friends and the victim was targeted.

“It’s pretty clear the two people knew each other in connection with the murder of a 42-year-old completely innocent victim at Jefferson Hospital, and early signs suggest they were indeed friends,” said Lightsey. “We don’t know what the motivation was that led our suspect to murder the person. But for all I know, he was clearly targeting this person. “

The suspect was able to get into the hospital despite being armed because he had had access to certain areas since he was an employee, according to the police. He wore body armor and had several weapons, including an AR-15, police said.

The suspect escaped from the hospital in a U-Haul truck and was seen waving a large gun toward I-95.

BREAKING: A nursing assistant was shot dead by another nurse at Thomas Jefferson Hospital. Suspiciously armed with 2 cannons, one of which was an AR15. Two @ PhillyPolice officers were shot dead in a shootout with a suspect. Suspect and officials are at Presbyterian Hospital @CBSPhilly following this story pic.twitter.com/IXZt7OL60V

A short time later, the suspect got into a shootout with the police in a forest near the Schule der Zukunft, a public high school in the city.

At least two officers were shot dead – one on the right arm and the other was grazed on his nose, according to police. One of the officers has been released from the hospital, the other is staying at Penn Presbyterian Medical Center.

The suspect was hit in the torso and neck and was in critical condition but is expected to survive, according to police.

Scene outside Jefferson Hospital in Center City, Philadelphia, after a male nurse was shot dead by someone on October 4, 2021, who police said was wearing a gown.

“When the officers got there, four of our 16th district officers met the man,” said Police Commissioner Danielle Outlaw. “The man who was the shooter shot the officers and four of the officers returned fire. We learned that he was wearing body armor and multiple weapons in addition to the long gun that was believed to be an AR-15. He also carried some sort of handgun, a semi-automatic handgun. ”

All three were taken to Penn Presbyterian Medical Center.

For the latest news and analysis, download the free CBS News app