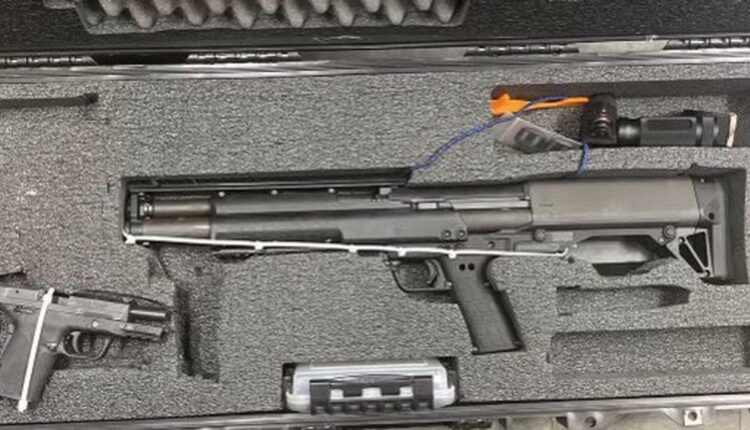 STATEN ISLAND, NY — A 41-year-old man from New Jersey was allegedly caught with a shotgun and a handgun in Sunnyside, according to police.

Marco Reyes of Lakeview Drive in Leonia was apprehended after the guns were allegedly found on Friday around noon inside an apartment in the 900 block of Clove Road, according to a spokeswoman for the NYPD’s Deputy Commissioner of Public Information.

The alleged suspected police told that he had a firearm license in New Jersey and transported both guns across state lines to the location in Sunnyside. Officers found a KelTec shotgun and 9mm Smith & Wesson handgun inside the apartment, according to the police spokeswoman.

Police arrested and charged the suspect with criminal possession of a firearm.

Reyes has been released under supervision and is due back in Criminal Court on April 25, according to public records.

An attorney for the suspect did not immediately respond to a request for comment.

The 120th Precinct Twitter feed includes a photo of what appear to be the KelTec and Smith & Wesson guns stored in a carrying case. Information is not yet available about the recovery of a Bersa Thunder 380 DLX gun seen with bullets and a magazine in another photo on the precinct’s Twitter feed.

Field Intelligence Officers are among NYPD members credited with taking illegal firearms off the streets of Staten Island, according to a post on the 120th Precinct Twitter feed.

A Look At Springfield Armory’s SA-35