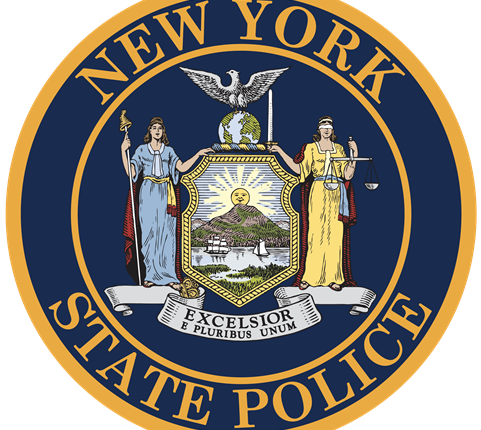 At around 1:00 p.m. on July 13, 2021, Trooper Lee Jessie of Troop D Community Stabilization Unit (CSU) and Trooper Newell Field patrolled as a gun prohibition unit and patrolled the First North Street area in the city of Syracuse. Investigators Jessie and Trooper Newell conducted a traffic check on a Uhaul delivery van and briefly interviewed the operator, who was later identified as Anthony Glenn. During the interview, Glenn fled the traffic control location and a brief vehicle chase was initiated. Glenn stopped short, ran out of the Uhaul van, and fled on foot.

Soldiers, along with officers from the Syracuse Police Dept, responded to the area to help, watching Glenn get out of a second vehicle and then pull into the residence at 515 Carbon Street.

A dialogue between the state police and Glenn was quickly established which successfully de-escalated the incident and facilitated Glenn’s arrest.

The execution of a search warrant on a vehicle and 515 Carbon Street residence resulted in the confiscation of a stolen .223 caliber AR15 assault rifle, (2) high capacity AR15 magazines, .223 caliber ammunition and more than $ 12,000 in bar.

The following people were arrested as follows:

Both were taken to the Onondaga County Judicial Center for central prosecution.

Hard Lessons From a City That Tried to Privatize Public Health