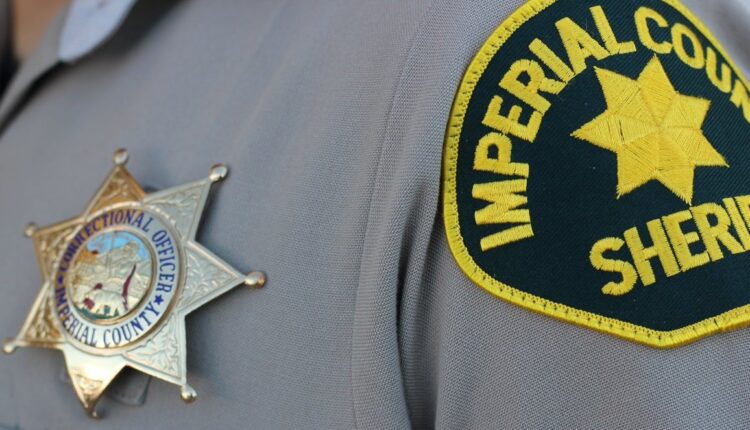 IMPERIAL COUNTY – The following reports were collected from the call logs of the Imperial County Sheriff’s Office October 5-9.

5:58 am: MPs were put on alert after a victim shot a victim in the West Olive Avenue area of ​​El Centro.

7:16 am: A resident of Niland asked an animal welfare officer to look after a Saint Bernard dog that had attacked people and other dogs in the area.

7:59 am: MPs responded to Cervantes distributors on Clara Nofal Road near Calexico over reports of a verbal argument between two people. The rapporteur told MPs that the other person threatened to kill them.

12:35 pm: A local resident near Kavanaugh Road and Fusi Road outside of Holtville told of a middle-aged male subject camping on his property. As the resident drove past the campsite, the man turned him around. The local resident requested that the man be removed from his property.

1:44 pm: An officer in the front office of Imperial County Prison told MPs he had “taken a bunch of fentanyl and injected bad heroin.” The man also told MPs that he had drugs in his possession.

3:34 pm: The Brawley police called in a bomb technician after they found what looked like military explosives near Old Highway 111.

7:42 pm: A MP arrested a loose goat near Highway 86 and F Street in Westmorland.

9:11 am: A resident on East Alamo Road near Holtville called MPs to report that his vehicle had been vandalized. The caller reported that he found his vehicle with front damage and flat tires that morning and told deputies that they suspected that their neighbour’s goats were responsible for the damage.

1:20 pm: A concerned citizen reported that a man in his 1960s was camping in an abandoned RV near the intersection of Holdridge Road and Interstate 8. The caller reported that the man made no sense, refused to eat and was wearing his clothes upside down.

7:49 pm: MPs responded to reports of a possible kidnapping near the intersection of Evan Hewes Highway and Highway 111 after witnesses saw a woman call a gray Nissan Altima for help.

2:07 pm: The U.S. Border Protection called the sheriff’s deputies after they arrested two people at the Highway 78 checkpoint with guns loaded with no serial numbers and credit cards that might not belong to them.

Stop a saw blade with your finger Video!