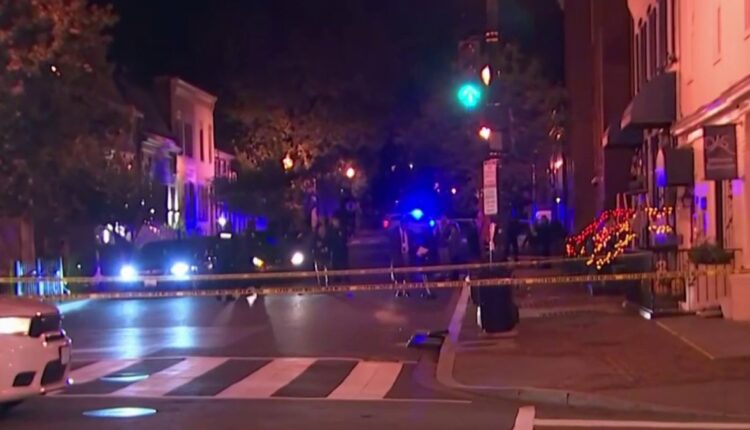 An off duty police officer shot and killed a man in Georgetown early Wednesday after engaging in an armed robbery, police said.

According to a security officer, a man was injured in the leg in a first shooting.

The off duty officer reported seeing an armed man and another suspect approach a vehicle with three victims, Benedict said.

The off duty officer and the suspect both fired, Benedict said.

Officials from the Uniformed Division of U.S. Intelligence helped arrest the suspect and a semi-automatic pistol was found, Benedict said.

The suspect and the other man who were shot were taken to hospitals for treatment. Your injuries were not classified as life-threatening, the police said.

The off duty officer stopped other police officers who were responding to a call about the shooting, Benedict said.

In the first shooting, police searched the area for other potential suspects.

At least three areas were cordoned off with crime scene tape during a massive police response that included the Secret Service and the US Park Police.

A helicopter flew over Georgetown and shone a searchlight down around 6 a.m.

Stay with News4 to learn more about this development.