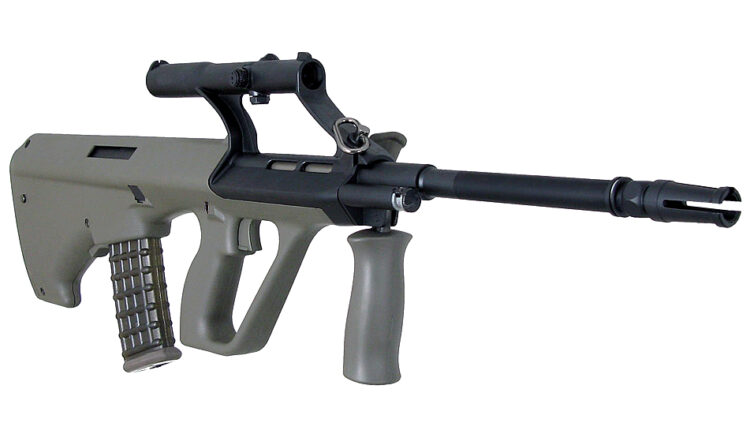 One of the most recognizable assault rifles in the world

The Steyr AUG (Army Universal Rifle) owes its name to its four-fold configurable configuration, depending on the barrel length and the presence or absence of a bipod. The basic mechanism, recipient and warehouse remain the same in all cases.

In terms of appearance, the Steyr AUG is futuristic to say the least, the plastic material and the shape give it the appearance of a toy or something from a space program. But its performance puts it well in the front line of contemporary assault rifles. It has already been adopted by Austria, Argentina, Saudi Arabia and Tunisia, others are currently evaluating and comparing possible orders in advance.

Steyr AUG is one of the main rifles from EKO Cobra (Photo: Austrian Police)

The plastic stock forms a large part of the weapon; The main feature is the main pistol grip with a huge trigger guard that holds the whole hand. Behind it is the magazine and its take-up and release, and then the buttstock. From this sequence it follows that the Steyr AUG is a “bullpup” who has the action under control of the fire and has the trigger well in front of the breech and the magazine. 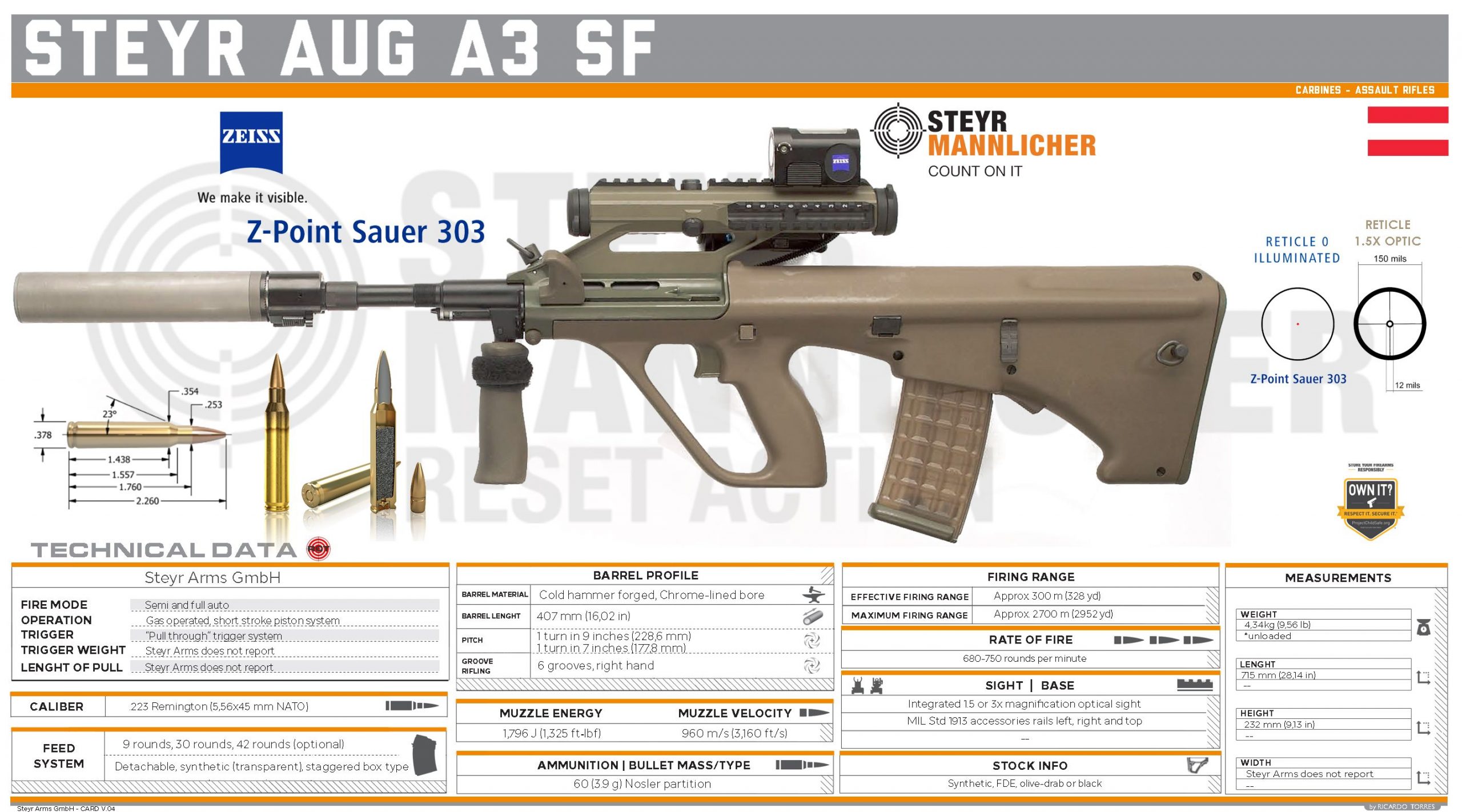 Steyr AUG is a bullpup assault rifle that is still used by various armies and law enforcement agencies around the world (Photo: Steyr)

The barrel unit consists of a barrel, gas connection and bottle, gas regulator and a handle that can be folded forward. This handle can be used to change barrels, as the barrel engages in the receptacle through interrupted tabs. As soon as the barrel is aligned, the gas cylinder unit, which carries a short-stroke piston, aligns itself with the right-hand slide guide rod. One might expect some imbalance when the gas pulse is off-axis, but in practice there is no torque effect and no shot deviation is noticeable.

The magazine is a transparent plastic unit so that the contents can be viewed at any time. The trigger group, which contains the safety and selective fire mechanisms, is a detachable unit made largely of plastic. Selective fire is achieved by pulling the trigger; a light pressure gives single shots, a harder pressure automatic fire. Again, this is something that one would initially expect to lead to inaccuracies, but once the technique is mastered there are no more problems. Automatic fire can be fired just as precisely with the AUG as with any other comparable rifle.

The different models are as follows:

All models can be modified by removing the receiver casting and replacing it with a different type that carries a low telescopic mount in place of the optical sight and integrated telescope; This is intended for sniper telescopes or night vision devices. 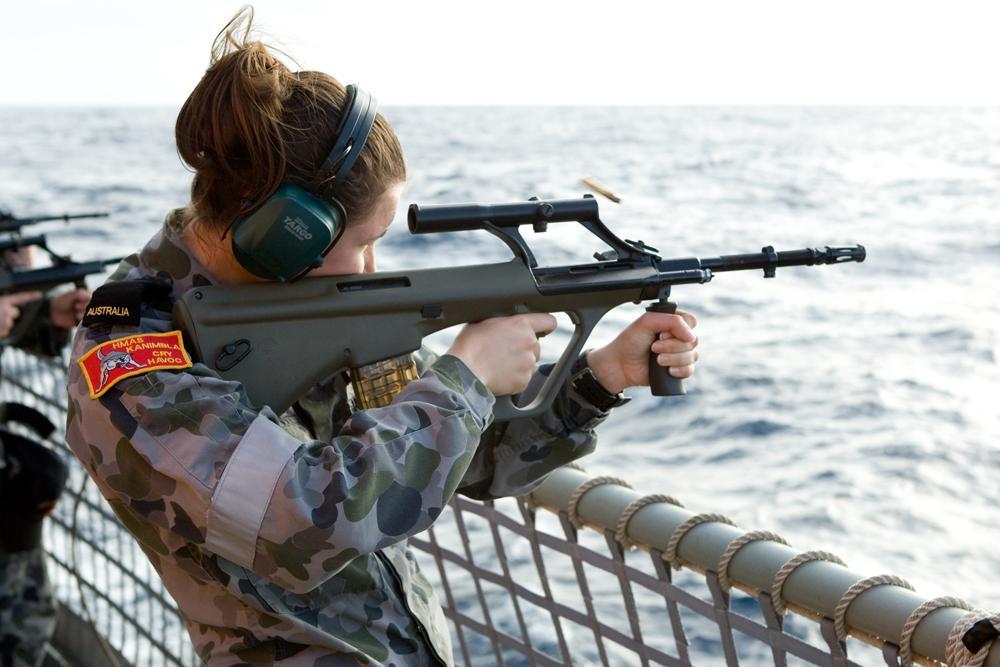 A Steyr AUG 9 Para is based on a standard Steyr AUG rifle, but has a chamber of 9 mm.

Firing the Steyr AUG does not hold any surprises in store; it can be set up for left- or right-handed shooting very quickly by switching the ejector to one side or the other of the breech and rotating the ejector port cover in the piston to expose the port on the selected side. For those not used to bullpup rifles, the weight distribution at the muzzle feels strange and distinctly light, but this is quickly mastered and the rifle is extremely handy for use in quick combat situations. The accuracy is as good, if not slightly better than most other rifles of this caliber. The rifle is one turn in 41 calibers, denser than the usual 1/54, suggesting that it shoots equally well with a wide variety of service ammunition types.