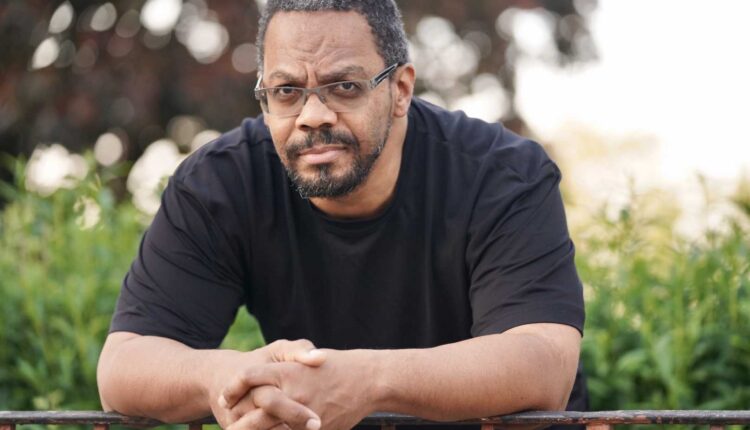 As tragic as this incident was and remains for me, the violence still seemed distant and somehow eliminated.

In my early 20s, I remember the first time I was exposed to the barrel of a gun. When we went to the store with my girlfriend, we were robbed right in front of the Nicetown-Tioga branch of the Free Library on Broad Street. I wasn’t afraid for my life then. Maybe I was too young and stupid to realize what I had to lose and how easily it could have been taken at that moment. What I realized was the feeling of power that came from wielding a gun. My life was in his hands and there was nothing I could do about it.

I moved to West Philly for the first time after having my youngest child. In 2010, I moved my then-fiancé and our three children to 40th and Brown Streets, also known as Black Bottom, an area that was historically black and poor, where vacant lots divided the streets between houses, leaving blocks that looked like a ragged mouth lacking teeth. We lived there for seven years, and while this neighborhood brought me to the stark reality that not every community had escaped the grip of crack cocaine, it offered an eerie feeling of peace and quiet. I don’t remember ever hearing a shot while living there.

I was running a general contracting business at the time and I often carried thousands of dollars of tools and supplies around in my truck. I’ve often traveled with a lot of money. I’ve done business all over the city, mostly in divested areas unrelated to the Flush Center City blocks where Starr does business.

In those years, people broke into my work truck and stole from me, a motorcyclist crashed and died in front of my house. But no shots.

I never carried a gun. I never had a real need. I had never been addressed in a way that threatened my life. I had not witnessed an armed robbery, although at one point my truck and tool kit were a popular target for thieves. I knew close friends who had guns, some who carried a gun with them every day.

When I look back now. I know I was lucky. I wonder if that could happen in today’s climate.

Soon after, I lost everything: my home, my marriage, my business. I was forced to rebuild my life. I was looking for apartments in several areas after having had no luck finding affordable and livable housing in my own community. Eventually I found what I thought was the perfect spot in Cobbs Creek and moved there in the summer of 2018. My path to SEPTA was a sociologist’s dream. From West Philly to Center City, rush hour to rush hour, I’ve met people from all walks of life across the socio-economic spectrum. But I found that my drive home was a whole different experience when I stayed at work just half an hour later.

On the corner of 60th Street and Market Street under the El train, young men hang out in small groups. Commuters crowd around men playing craps and socializing at the foot of the stairs. While getting on the bus, a young man frustrated with waiting threatens to hit two other men who stop and allow older women to get on first. I walk to my door just a block away and think about the message I just heard. A young aspiring lawyer who was shot dead outside his home with his wife and child. He decided hoping to make it a better place to stay in the hood and paid the ultimate price, and what for? A black man who tried to do good, go about his business, and come home was dead for no reason.

During my time in West Philly, I have frequently seen police cars, ambulances, and fire trucks responding to incidents in my neighborhood. I saw an attempted car theft end in an accident on the corner of my block. I saw a house fire across the street. I’ve seen people with health problems break down on the street. I’ve heard domestic arguments turn violent.