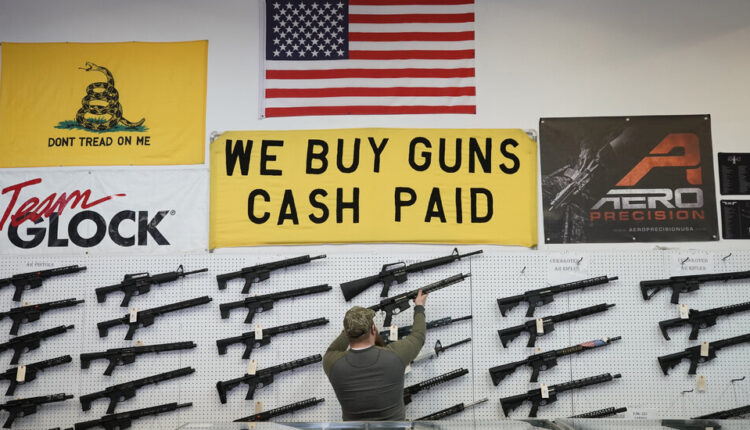 As expected, this Supreme Court case has spawned the usual submissions from gun lawyers: the NRA, gun clubs, libertarian scholars, Republican politicians. What is strange and disheartening is that the petitioners were also supported by a group of respected and experienced New York public defenders who argue that New York law should be repealed – not really for the sake of the second amendment, but for the way the law becomes law enforced against their clients, black and brown, poor defendants who have to carry weapons for self-defense. Public defenders argue that permits were issued unevenly in the past and that in many places it is still easier for whites and members of the middle class to obtain permits than for people of color and the poor. And they argue that their customers should have guns, just like other Americans. In other words, the progressive left has met on the far right in describing dangerous roads and the need to be armed on them.

Your argument is not a legal one, but a political one, and a Supreme Court focusing on the text and original meaning of the Constitution is unlikely to be swayed (although the court might find it a useful fig leaf if it came up against New York decides). It’s meant to shock, and it does so in its nihilism – a nihilism that mirrors the far-right advocates of the men we’ve seen in court. Instead of taking the guns out of the hands of the Rittenhouses and McMichaels of the world, these progressive public defenders want to “step up” – to make guns more accessible to their customers, all of us. Their vision, if realized, would make the self-defense claims of Mr. Rittenhouse and Mr. McMichael low-profile, not just in the Red States but across the country.

The bold position of these New York public defenders should pause and perhaps even dismiss the defense of Rittenhouse and McMichael as essentially conservative arguments, and pass the conservative juries in conservative states. If we start to see guns only as a problem in the hands of others (white racists, right-wing extremists, criminals), we will overlook the simple fact that unregulated guns escalate violence across ideological boundaries. Their presence tends to create a need for self-defense on either side of the trigger that the law has very little to say about. If Mr. Rosenbaum and Mr. Arbery did use those weapons, weren’t they undoubtedly acting in self-defense? More guns, no matter in whose hands, will lead to more confrontation, more intimidation and more death penalty in the eyes of the law.

Tali Farhadian Weinstein (@talifarhadian), a former New York federal and prosecutor, is a legal analyst with NBC News and MSNBC.

‘An Arm and a Leg’: How to Avoid the Worst Health Insurance