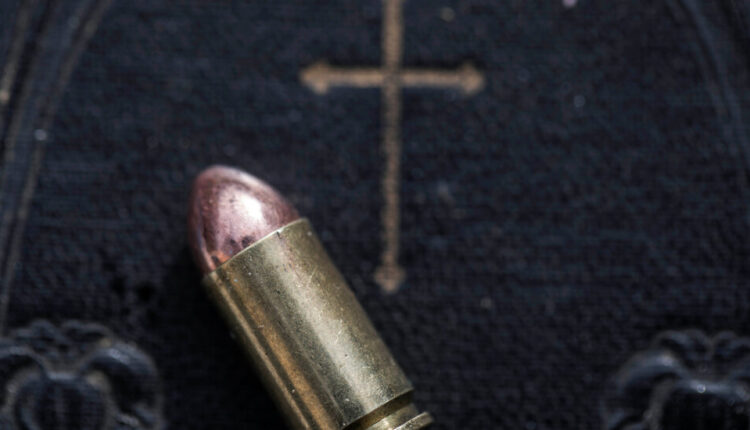 As the thunderous applause that greeted this testimony made clear, gun culture is largely Christian culture. To imagine yourself as a Good Guy With a Gun, as Mr. Willeford invited NRA members to do, may inspire action-movie day dreams, but it is ultimately a religious vision of a world in which good and evil are at war, where God and firepower make all the difference.

The Good Guy With a Gun is a religious myth so powerful it has begun to transform the tradition that bore it. When Representative Lauren Boebert recently quipped, “A lot of the little Twitter trolls, they like to say ‘Oh, Jesus didn’t need an AR-15. How many AR-15s do you think Jesus would have had?’ Well, he didn’t have enough to keep his government from killing him,” it was a joke meant to deride and dismiss charges of hypocrisy against followers of a man sometimes called the Prince of Peace arming themselves to the hilt. Yet it was also a view into a fascinating religious development currently underground, one shaped by an understanding that bullets could have prevented the sacrifice at the heart of the Christian faith.

It would be a mistake to paint the connection between firearms and religiosity with too broad a brush. The evangelical influence on the sale, use and marketing of firearms in the United States does not mean Christianity is at fault for the recent spate of shootings. After all, in Buffalo, in Uvalde, in Tulsa, and this month at a church supper in Vestavia Hills, Ala., Christians have been among the victims. Christian clergy members have rushed to every scene to comfort the survivors. Friends and families have gathered at Christian funerals to mourn the dead.

As the historian Daniel K. Williams has noted, “Gun rights advocacy is not an intrinsic feature of every brand of evangelicalism.” While recent surveys find that four in 10 white evangelicals own guns, the majority do not, and other denominational affiliations offer examples of religious participation discouraging a fixation on firearms. It is possible that the less one sees oneself as an itinerant loner in a hostile world, like the armed preacher in a silent western, the less one is likely to look to guns as a source of salvation.

Nonetheless, the ways Christian ideas may be contributing to a gun culture that abets our epidemic of mass shootings by helping to keep the nation well armed should inspire reflection. None of the recent mass shootings had explicitly religious motivations, but the religious contexts of our seemingly eternal problem with gun violence — its history, its theology, its myths — are too important to ignore.

Mass shootings are, in a way, assaults on the idea of ​​community itself. They occur where there are people gathered — for entertainment, for learning, for shopping, for worship — in the spaces we create together. Some believe that such attacks are the fault of armed individuals alone and can be addressed only through armed individual response. Others believe they occur within the framework of what we collectively allow and must have communal solutions.