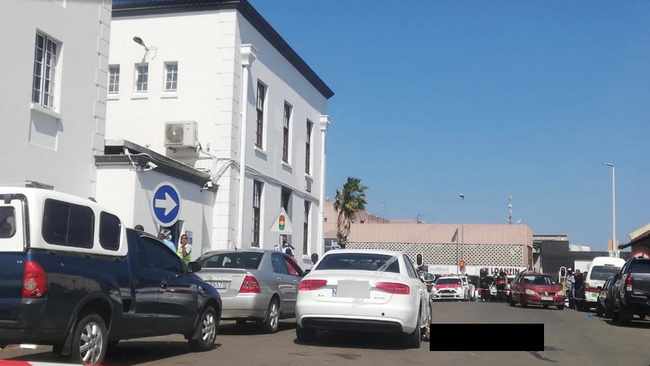 oThongathi taxi chief killed in hail of bullets from high-caliber rifles; his 9mm pistol was still in the holster

DURBAN – OThongathi Police are investigating a murder after a 43-year-old man was shot dead in his vehicle on Wednesday in oThongathi, north of Durban.

Police spokesman Captain Nqobile Gwala said the incident occurred around 1:30 p.m. on Gopalall Hurbans Drive in oThongathi when the victim was shot dead by unknown suspects.

“He suffered multiple gunshot wounds to the upper body and was pronounced dead at the scene. The motive for the murder is unknown, ”said Gwala.

Prem Balram, spokesman for Reaction Unit South Africa (Rusa), said the victim was a taxi boss who was shot several times in his vehicle at the oThongathi taxi rank in downtown oThongathi.

“Police officers were dispatched to the scene and upon arrival it was found that the dead man was sitting in his white Audi A4 when the occupants of a maroon VW Polo fired a volley at his vehicle. The gunmen were allegedly armed with high-caliber rifles, ”said Balram.

“The deceased was hit several times on his body and head. He was in possession of a 9 mm pistol that was still in the holster. “

This is how Facebook users reacted to the murder:

Chico Bhola: Yasis, they don’t play games in Tongaat. This area is a hot spot with taxi hits, that happens too often. Something seriously has to be done soon.

Thina Ncayiyana: Last week it was Kishore, this week it’s someone … it never ends yazi.

Makayla Anthony: I saw the incident before my eyes and it was so terrifying ….. May the soul rest in peace and the perpetrators be held accountable … Opening fire In such a public place it was terrible. ..

Shanil Thulasaie: This taxi route has to be suspended until an agreement can be reached, the chairman of the association has to take a strong position here, to many operators who are being killed here.