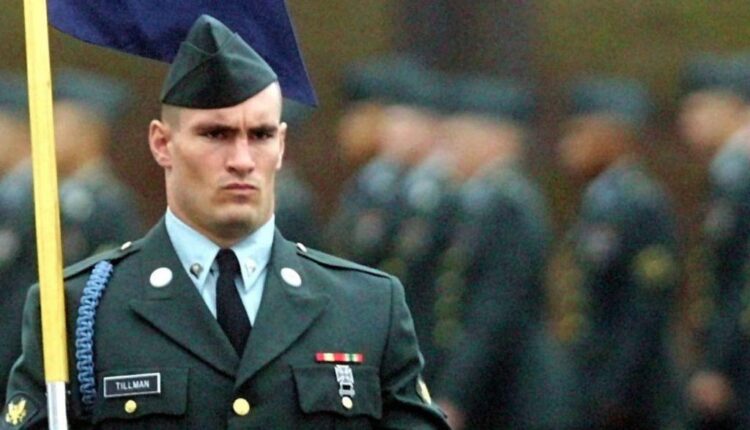 Pat Tillman was a professional American football player and Army ranger who died in controversial circumstances in 2004 while serving in Afghanistan.

He was a professional American football player with a million dollar contract in the National Football League (NFL) with the Arizona Cardinals. After the 9/11 attacks, he reacted and reported to the US Army in June 2002. His service in Iraq and Afghanistan and his subsequent death have been the subject of much media attention. At one point, he turned down a $ 3.6 million contract to fight the war on terror.

Patrick Daniel Tillman was born on November 6, 1976 in the family of Mary (Spalding) and Patrick Kevin Tillman. He was an extraordinary athlete who loved baseball and American football. He attended Bret Harte Middle School and helped lead Leland High School to the Central Coast Division I Football Championship.

Early in his career, Tillman began playing at Arizona State University in 1994, where he excelled as a linebacker. In the 1998 National Football League Draft, he was selected by the Arizona Cardinals as the 226th pick. Tillman moved to the security position in the NFL and played ten of sixteen games in his rookie season.

Pat Tillman was the first professional soccer player to be killed in action since Bob Kalsu, who died in the Vietnam War in 1970 (Photo: Tillman’s Foundation)

At one point in his NFL career, Tillman turned down a $ 9 million five-year contract offer from the St. Louis Rams out of loyalty to the Cardinals. In his final season, Tilman turned down a three-year contract offer from the Arizona Cardinals worth $ 3.6 million to join the U.S. Army. It was May 2002, eight months after the 9/11 attacks and after completing the fifteen remaining games of the 2001 season.

Tillman was a family man and a respected member of the community who were very close to his family and high school friends. During his service, he wrote personal diaries describing what family and friends mean to him. He drew strength from them and deeply valued his closest friendships, parents, wife and family. He was very close to his high school girlfriend, whom he married shortly before he was drafted into the US Army Rangers, Marie Ugenti Tillman. He entered and served with his brother Kevin Tillman.

Tillman and his brother Kevin entered on May 31, 2002. In September 2002 they completed the basic training together. The two brothers completed the ranger indoctrination program in late 2002 and were assigned to the 2nd Ranger Battalion in Fort Lewis, Washington. Tillman lived at University Place with his wife before he was posted to Iraq. After participating in the first invasion of Iraq as part of Operation Iraqi Freedom in September 2003, they entered the Ranger School in Fort Benning, Georgia, in September 2003 and graduated on November 28, 2003.

Tillman was subsequently relocated to Afghanistan and stationed at FOB Salerno prior to the fatal incident.

Pat Tillman died under suspicious circumstances in the mountains of Afghanistan. The United Staes Army initially reported that he was killed by enemy fire, but did not provide any further details. Controversy arose when a month later, on May 28, 2004, the Pentagon notified the Tillman family that he had died of a kind fire as a result of an incident; The family and other critics claim the Department of Defense (DoD) postponed disclosure for weeks after Pat Tillman’s memorial service to protect the U.S. military’s image at the moment. 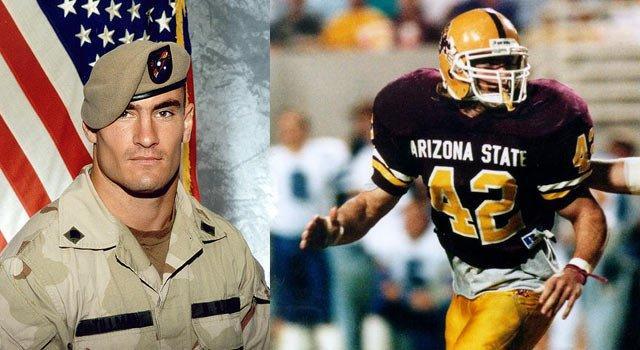 Pat Tillman was an extraordinary man who left his luxury life to defend his country (Photo: XY)

Pat Tillman was that first professional soccer player since Bob Kalsu. was killed in battlewho died in the Vietnam War in 1970. Tillman was posthumously promoted from Specialist to Corporal. He also received the Silver Star and Purple Heart medals posthumously.

Today, numerous events, charities, and other memories ensure that this hero will not be forgotten. Most of them are organized by the Pat Tillman’s Foundation.