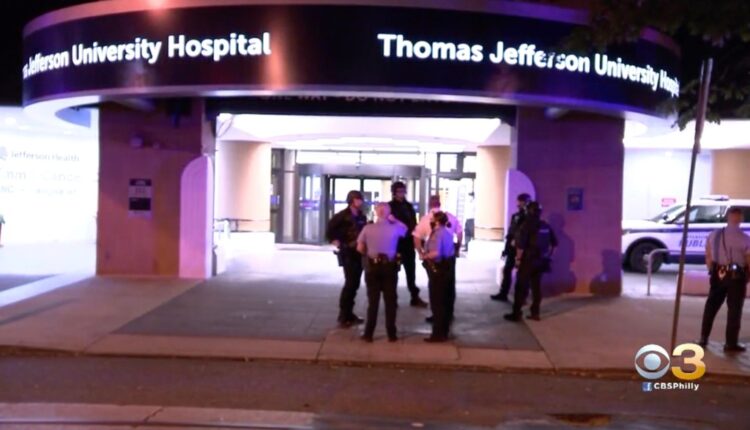 A suspect is on remand after shooting a male nurse and injuring two officers in the hospital where he worked.

A 55-year-old Jefferson University Hospital employee carried out a fatal rampage Monday, CBS Philly reports. The suspect came in in smocks and went to the ninth floor, where he fatally shot and killed a 42-year-old nursing assistant.

“There was a man in smocks with a gun or long gun who fired and possibly fired shots into the air,” said Philadelphia Police Commissioner Danielle Outlaw.

BREAKING: A nursing assistant was shot dead by another nurse at Thomas Jefferson Hospital. Suspiciously armed with 2 cannons, one of which was an AR15. Two @ PhillyPolice officers were shot dead in a shootout with a suspect. Suspect and officers are at Presbyterian Hospital @CBSPhilly following this story pic.twitter.com/IXZt7OL60V

The suspect’s motive behind the shooting is still unknown. He drove away in a U-Haul truck and was found waving a large gun in Parkside, West Philadelphia.

“With regard to the murder of a 42-year-old completely innocent victim at Jefferson Hospital, it’s pretty clear that the two people knew each other and initial signs suggest they were indeed friends,” said prosecutor Chesley Lightsey called.

“We don’t know what the motivation was that led our suspect to go in and murder the person. But for all I know, he was clearly targeting this person. “

At least two officers were injured in a shootout, CBS reports. One was shot in the right arm and the other was grazed on his nose. The suspect was shot in the torso and neck and is in critical condition.

“When the officers got there, four of our 16th district officers met the man,” said Police Commissioner Danielle Outlaw. “The man who was the shooter shot the officers, and four of the officers returned fire. We learned that he was wearing body armor and carried several weapons in addition to the long gun, which was believed to be an AR-15. He also carried some kind of handgun, a semi-automatic handgun. “