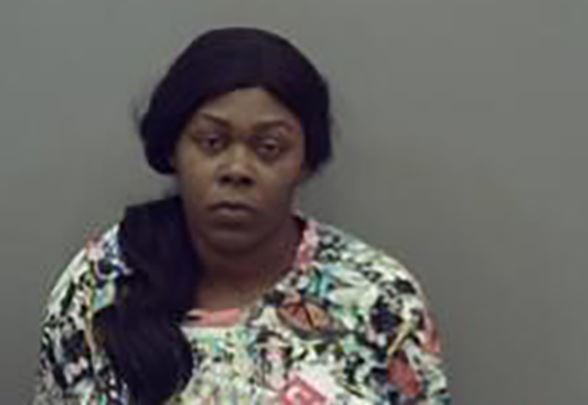 PINE BLUFF, Ark. – Weeks after the death of a 15-year-old boy, his mother is charged with murder.

15-year-old Dominic Pullum was killed on March 27. Just before 4 a.m., Pine Bluff police responded to the 1500 block on East 42nd Avenue about a possible shootout. There they found Pullum lying lifeless, face down in its carport and a gunshot wound in the back. His mother, 34-year-old Gwendolyn Spencer, arrived at the scene a moment later and told police her side of the story.

According to the affidavit, Spencer claims she came home around 3am that night when she heard Dominic yell “Mama”. She says she found him “weak” in the laundry room, where she says he collapsed. She adds that her two other sons were also at home at the time, sleeping in bed. In a later interview, Spencer tells police that she called 9-1-1 and told dispatchers that she thought her son had been shot. Spencer claims she tried to get help from a neighbor but got no response, and then drove to a friend’s house in Dollarway.

Although Spencer claims there was no gun in the house and that she never fired a shot, the police found something else. Shortly after the incident, a 9mm pistol was found on a street Spencer was driving to get to her friend’s house. The make and model of the pistol matched those of a police found in Spencer’s laundry room after searching the house. On April 15, Spencer was arrested for the murder of her son.

This is not her first encounter with the law. According to court records, Spencer’s mother requested in 2016 that she was “involuntarily obliged” to be an “incompetent mother”. The petition alleges that Spencer acted like “the devil is in her”, fighting an 11-year-old, and even lighting a fire in her own home to get revenge on a friend. Spencer was also previously subjected to serious physical injuries and first-degree battery charges, and was accused of hitting a teenager with her car in 2017.

If convicted, Spencer faces a minimum of 10 to 40 years in prison.