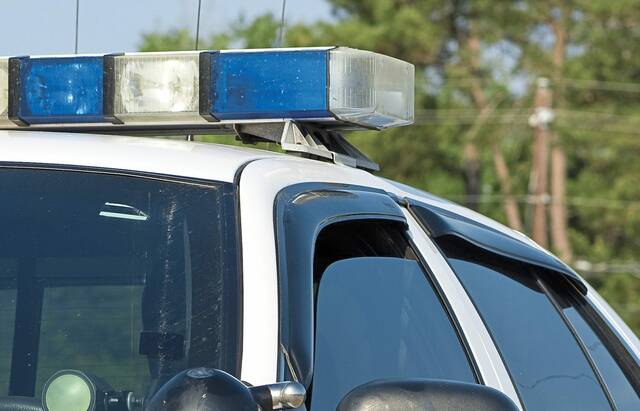 Pittsburgh man charged with 4 robberies, including at Fox’s Pizza in Oakmont that left owner shot

A Pittsburgh man was arrested Saturday in connection with four armed robberies this month, including two in which people were shot, according to police.

One of the cases took place at the Fox’s Pizza Den in Oakmont.

Allegheny County Police identified the suspect in the robbery spree as Eric Jones, 32, of the East Hills neighborhood. Police said he was being charged with robbery, aggravated assault, attempted homicide and related offenses.

Police said Jones is accused in these incidents, all of which involved a semi-automatic pistol:

• The owner of Fox’s Pizza Den in Oakmont was shot March 6 and the suspect fled with cash.

Greg Scampone said he was shot six times after emptying the register and handing its contents to the robber at the Allegheny River Boulevard shop. The two got into a scuffle as other employees and customers were inside at the time.

• Four days later, the suspect is accused of taking cash and cigarettes from a Sunoco convenience store on Hulton Road in Penn Hills.

• On March 15, police said the same man fired the gun during a hold up at a Family Dollar on Frankstown Avenue in Pittsburgh’s Homewood neighborhood. It was unclear if he took anything from the store.

• Jones is accused of then driving two miles to the Edgewood Avenue Express in Edgewood where authorities said he shot a 53-year-old man in the torso at 1:20 pm It was unclear if he took anything from the store.

Police said they got a warrant for Jones’ arrest and captured him Saturday morning in Pittsburgh’s Hill District neighborhood. He was awaiting arraignment at the Allegheny County Jail, according to investigators.

County detectives teamed up with police in Penn Hills, Pittsburgh, Oakmont and Edgewood, along with agents from the Bureau of Alcohol, Tobacco, Firearms and Explosives and scientists and technicians at the medical examiner’s crime lab. County and federal prosecutors assisted, too.

Anyone with information on the robberies is asked to call the county police tipline at 1-833-ALL-TIPS.

Renatta Signorini is a Tribune Review staff writer. You can contact Renatta at 724-837-5374, [email protected] or via Twitter .