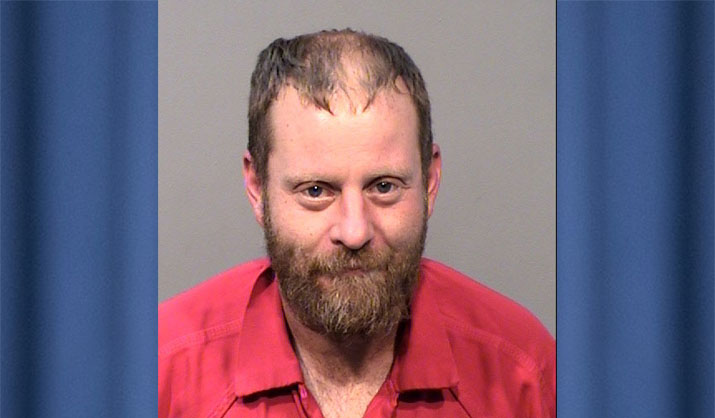 SELIGMAN – A 36-year-old Colorado man was arrested and charged with misconduct after walking toward a bar with an AR15 rifle, according to a press release.

“Witnesses at the scene said the person was drinking in the bar when he started talking nonsense to get his rifle out of his hotel room and bring it back to the bar, but he didn’t make any specific threats. “YCSO spokeswoman Kristin Greene said in a statement.

However, patrons reportedly followed Gibson, who actually walked into a hotel room and waved a 22-caliber rifle around. At this point, the guests started yelling at him to drop the gun and called 911.

“Interestingly, Gibson then went back to his hotel room and called 911 himself, explaining that he dropped his rifle and the guests had taken it from him and that he was arresting the guests for assault with a gun,” Greene said. “When YCSO MPs arrived, the person made a brief statement that he was being harassed by people and that he just wanted to walk into Boulder City with his rifle because that town sucked.”

Gibson told MPs when the bar patrons yelled at him to drop his gun he thought it was the police, Greene said.

“So he dropped it and ran to his room to call 911, which obviously didn’t make a lot of sense. Gibson then declined to speak, ”Greene said.

Gibson was booked into Prescott Prison.

‘An Arm and a Leg’: Need Surgery to Save Your Life? Tips for Getting Insurance to Pay