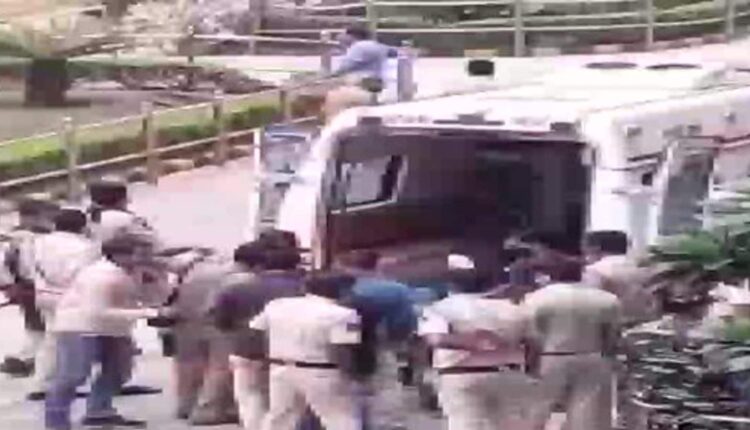 The main conspirator of the shooting in Rohini Court, in which gangster Jitender Gogi was killed, was arrested after a brief exchange of fire in the Narela industrial area in north Delhi, police said on Wednesday. The defendant was identified as Rakesh Tajpuriya, 31, a resident of Alipur and an employee of the Tillu gang, they said.

According to the police, Rakesh is one of the most active members and sharpest shooters of the Tillu gang. He was carrying a reward of 50,000 rupees. A semi-automatic pistol with three live cartridges and three empty cartridge cases was recovered on the spot, police said.

Rakesh was the main conspirator behind the assassination of his gang’s rival Jitender aka Gogi according to instructions from Sunil Tillu from prison, they said. Police said they received a tip Tuesday that Rakesh would be coming near Xing Chemical Factory Road in the Narela Industrial Area to meet his employee at around 10 p.m.

A trap was set and Rakesh was seen on a bicycle near the spot. He was asked to surrender, but the defendant dropped his bicycle and fired two shots at the police. Police also fired a round and overpowered Rakesh, said Jasmeet Singh, deputy police commissioner (special cell). Rakesh has been involved in more than 12 criminal cases in Delhi and Haryana over the past 10 years, including murder, attempted murder and extortion, police said.

Rakesh was wanted in the most spectacular case of a big day shooting in Rohini Court on September 24, 2021, in which Jitender Gogi was killed. Gogi was shot dead by the two gangsters of the Sunil Tillu gang who had entered the court complex in the clothes of lawyers, the DCP said. Both the shooters and the weapons used in the shooting were ordered by Rakesh according to Sunil Tillu’s instructions, and he himself remained outside the court during the shooting, police said.

In 2020 and 2021, Rakesh and his employees killed Sonu Kanda, Kulbir Mathur and Nitesh, all members of the Gogi gang, the police said.