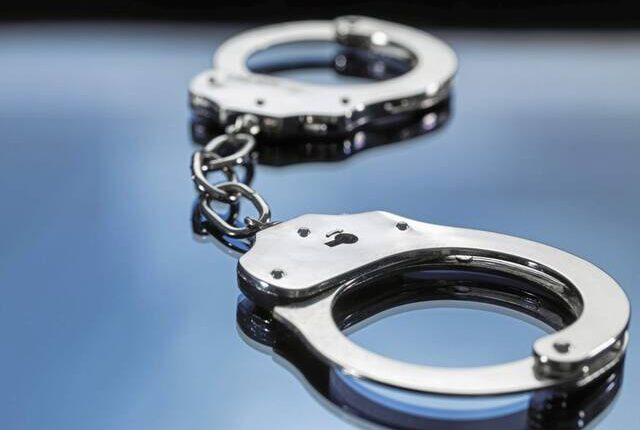 All of that evidence led to the arrest Saturday of a Pittsburgh man, now charged with robbery, aggravated assault, attempted homicide and related offenses.

Police said Jones is accused in four incidents, all of which involved a semi-automatic pistol.

• On March 6, the owner of Fox’s Pizza Den on Allegheny River Boulevard in Oakmont reported that he was robbed. According to the criminal complaint, the suspect entered about 3:49 pm He was described as wearing a ski mask and red, hooded RMU sweatshirt and carrying a small silver handgun. He also was said to have a facial tattoo. Police said the suspect told owner Greg Scampone to give him all the store’s money, which Scampone did. But then, the suspect demanded a safe.

“The victim stated that he didn’t have a safe, and he opened the cash drawer and put the money in the bag the shooter was carrying,” the complaint said.

The suspect repeated that he wanted more money, and Scampone attempted to fight with him, the police said. Scampone was shot in the chest, leg, arm and hand, the complaint said, and four .25-caliber shell casings were recovered from the scene.

• Just before 11 am on March 10, Penn Hills police were called to the Sunoco station on Hulton Road after a panic alarm on the counter was activated.

Staff in the store said they had been robbed by a man wearing a black ski mask and a black hooded sweatshirt who was carrying a green military style backpack.

The employees said the man brandished a silver handgun and pointed it at the head of one of them. He demanded money from both registers and cigarettes, the complaint said.

Police said the suspect got approximately $5,000 in cash and several dozen packs of cigarettes.

During their investigation, a witness told police that they noticed an older red Saturn Ion in the area immediately after the robbery that got stuck on a dead end, turned around and sped off.

Police were able to track that vehicle’s registration and found that it had been sold several months earlier and then transferred on March 5 to a man who had a tattoo on his face.

• About 1 pm on March 15, police said that Family Dollar on Frankstown Avenue in Homewood was robbed. Again, the suspect was described as wearing a hooded sweatshirt, green mask and carrying a small silver gun.

During the robbery, the suspected threatened to shoot the victim and fired a shot toward the back of the store before fleeing. A .25-caliber casing was found inside, which matched the casings found at Fox’s Pizza.

• About 20 minutes after the Family Dollar robbery, police were called to Edgewood Avenue Express convenience store in Edgewood. There, a 53-year-old employee who had been working alone in the store had been shot in the abdomen.

The employee described the suspect as wearing a two-toned jacket with metallic zippers with a sweatshirt underneath and a face mask. He carried a silver handgun.

When the employee refused to give the suspect money, police said, he fired a single shot and fled. Again, police recovered a .25-caliber casing.

A short distance from that store, police said they recovered a green mask.

Allegheny County detectives teamed up with police in Penn Hills, Pittsburgh, Oakmont and Edgewood, along with agents from the Bureau of Alcohol, Tobacco, Firearms and Explosives and scientists and technicians at the medical examiner’s crime lab to investigate.

They were able to compare still images and video surveillance from the various robberies and found that the suspect had the same physical stature, including weight and height, and carried a similar firearm. In addition, the complaint said the suspect was wearing the same shoes, and carried the same bag in the Sunoco and Family Dollar robberies.

Investigators were also able to review surveillance video from areas around the locations that were robbed and tracked the red Saturn Ion in the areas near the Family Dollar and Edgewood Avenue Express at the times of the incidents.

Officers were able to identify Jones and obtained a warrant for his arrest. He was taken into custody Saturday morning in Pittsburgh’s Hill District neighborhood and is being held without bail at Allegheny County Jail, according to court records. He did not have an attorney listed. A preliminary hearing is set for March 31.

Anyone with information on the robberies is asked to call the county police tipline at 1-833-ALL-TIPS.

Paula Reed Ward is a Tribune Review staff writer. You can contact Paula by email at [email protected] or via Twitter .

Import Permits for Russian Guns & Ammo to Be Denied

Money Flows Into Addiction Tech, But Will It Curb Soaring Opioid Overdose Deaths?