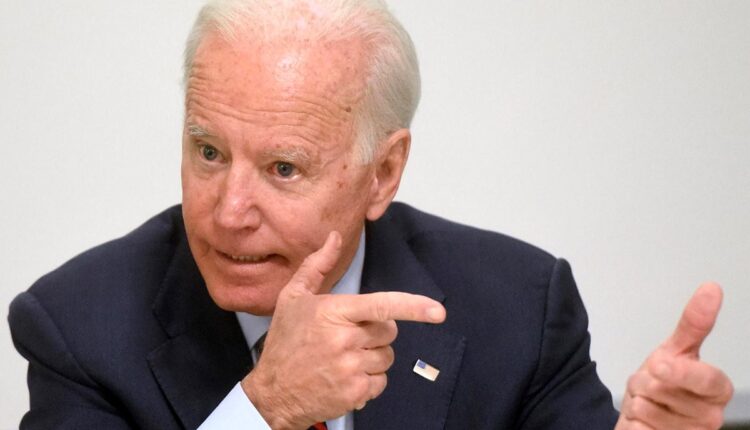 President Joe Biden doesn’t like a lot of things about guns. He castigates Modern Sporting Rifles (MSRs), as “weapons of war.” He’s also pretty angry about privately made firearms PMFs – or those scary “ghost guns,” that have existed since before America was founded. Forget accessories. Standard capacity magazines completely creep him out.

None of that, though, makes him as angry as ammunition. President Biden just really doesn’t like it at all. There’s really no other way to explain why he and his administration are on a tirade to tangle with ammunition.

The White House’s press people are denying itbut NSSF learned from Winchester Ammunition that they were being told that M855/SS109 ammunition sales to civilians from the Lake City, Mo., facility are on the chopping block. That would potentially choke off over 30 percent of the ammunition used on AR-15 style rifles by law-abiding citizens. It would also risk the jobs of up to 500 employees and the Defense Department’s ability to surge ammunition production during increased operational tempo periods.

The Lake City, Mo., ammunition production facility is operated under contract by Winchester Ammunition. Winchester sells excess ammunition produced during normal operations. That’s how they are able to sustain the workforce that surges capacity to the Defense Department during conflicts. Winchester would be forced to reduce that workforce if commercial sales of ammunition were halted, posing a serious risk for the ability of the production facility to fulfill its mission during a wartime footing.

The timing of a potential policy couldn’t be more conspicuous. President Biden has been asked by the lead Democratic US Senator to avoid interfering with delicate negotiations on potential legislation in response to the tragedy at Uvalde, Texas. Sen. Chris Murphy (D-Conn.) set aside his ideas of gun bans and raising the minimum age to legally purchase a long gun. Still, President Biden scoffed and publicly said the legislative framework didn’t go far enough. Sen John. Cornyn (R-Texas) left Washington, DC, when negotiations over legislative text weren’t fruitful.

At the same time, The White House was quietly informing Winchester Ammunition that they were thinking about tinkering with “green-tip” ammunition sales. Again.

That’s because this isn’t the first time President Biden has attempted to end sales of surplus ammunition. The Obama-Biden administration attempted proposed regulations through the Bureau of Alcohol, Tobacco, Firearms and Explosives (ATF) to ban the sale of the popular ammunition in 2015. The administration attempted to revoke the “sporting purpose” exemption for the popular “green-tip” ammunition claiming it didn ‘t qualify for the exemption because it was “armor piercing ammunition” and that the ammunition was increasingly popular in AR pistols. This ammunition is by definition not “armor piercing ammunition” under the Gun Control Act. The exemption was never required in the first place and was sought (and granted) out of an excess of caution.

The ATF move in 2015 was, of course, playing fast and loose with scientific data. Hunting enthusiasts know that handguns are often built to accept rifle calibers and are used for sporting purposes. Gun owners were infuriated. Over 310,000 comments were submitted to the Federal Register on the ATF’s proposal. Members of Congress got involved when 238 US Representatives signed a letter to the ATF about “serious concerns” about the proposed policy. Another 52 Senators signed on to their own letter.

The proposal, called “a backdoor way of trying to limit public access to the AR-15,” by Robert Cotroll, a law professor at George Washington University and expert on gun laws, was dropped. That was until now.

White House press officials told The Washington Examiner that no such proposal was ever considered. That’s hard to believe when Winchester Ammunition officials reached out to NSSF with concerns about this damaging proposal. The Biden administration doesn’t bear a lot of credibility when it comes to ammunition.

The president made the outlandish claim that there is no rational basis for 9 mm handgun ammunition.

“The .22 caliber bullet will lodge in the lungs and we can get it out,” President Biden said on Memorial Day. “A 9mm bullet blows the lung out of the body. The idea of ​​a high caliber weapon, there is simply no rational basis for it in terms of self-protection, hunting.”

The president’s 9 mm claim was debunked as “bullsh*t,” by a federal agent with 15 years of service. Another with 20 years said, “Not possible.” A 21-year veteran of the US Marshal fugitive recovery task force told beard that President Biden’s claim is,”… not even in the realm of possibility.”

The White House’s credibility on ammunition is further in tatters after it was unveiled that the administration is attempting a Faustian bargain for hunters. The US Fish and Wildlife Service (USFWS) proposed a rule that would open hunting on 19 National Wildlife Refuges (NWRs) in exchange for a ban on traditional lead core ammunition. The Proposed Rule is completely without scientific foundation and, in fact, comes on the heels of the anti-hunting group Center for Biological Diversity’s (CBD) petition calling for a Secretarial Order requiring the phaseout of traditional ammunition on the entire Refuge System and initiate formally rule making to phase out traditional ammunition by Sept. 30, 2024. CBD is also involved in a “sue and settle” scheme with USFWS. The anti-hunting group took USFWS to federal court in Montana seeking to ban traditional ammunition and USFWS immediately moved into settlement discussions that continue today.

The hostility the Biden administration holds against the firearm industry isn’t limited to firearms or even accessories. It can be measured 62 grains and one “green tip” at a time.