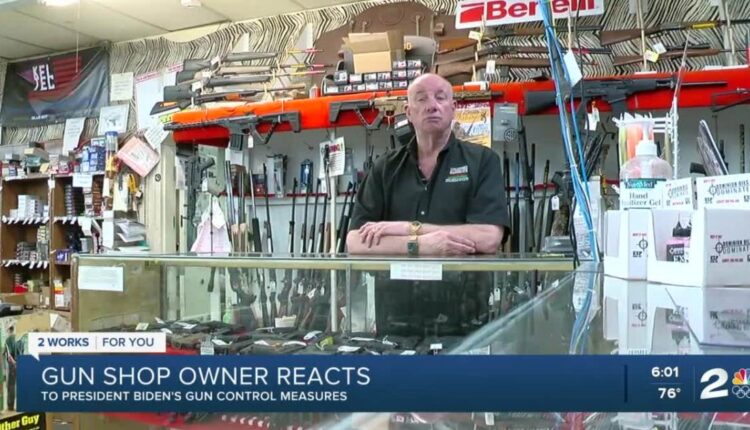 According to the Federal Bureau of Investigation, background checks on guns increased 36% this month compared to February.

The surge in business can also be felt in Tulsa. David Stone, the president of Dong’s Guns Ammo & Reloading, said sales had increased by at least 300%.

FBI statistics show that firearms background checks have increased in Oklahoma since 2019.

“It’s a national shortage. It’s not just in the area, ”said Stone.

His supplier is running out of breath and the high demand will not end in the near future.

“They called me yesterday and said the production was sold out this year,” said Stone. “They want me to get an order for next year.”

“The demand for self-defense weapons has increased,” he said. “Usually our cases are just full of guns.”

Dong’s customer Brenda Lockett took one of them home for the first time.

“I think if you use guns properly there won’t be a problem,” said Lockett.

She is grateful for the renewed focus on gun control after President Biden announced new measures.

Stone said the instructions from the executive branch left him unsure how they will change gun violence in our country.

“Criminals buy or steal guns on the street,” Stone said. “It doesn’t matter how many laws you put in place. that won’t change. “