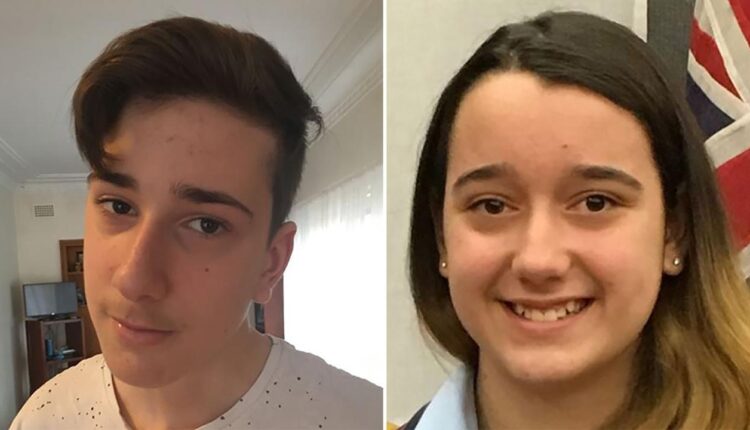 Women’s safety advocates hope a report of the murder of teenage siblings in Sydney by their estranged and abusive father will raise the voices of young victims of domestic violence.

NSW coroner Teresa O’Sullivan will release her findings and recommendations on the deaths of Jack and Jennifer Edwards in July 2018 on Wednesday.

The teenagers, ages 15 and 13, were shot dead crouching under a bedroom desk after their father John Edwards followed Jennifer on the way home from school.

After using a recently purchased semi-automatic pistol, the retired financial planner half “hopped” down the front steps of the house and drove home to kill himself.

The destroyed mother of the children, Olga, slept in her son’s bed after his death before taking her own life in late 2018.

According to a September 2020 investigation, despite Edwards’ 40-year history of violence and abuse against his six former partners and ten estranged children, police have not been charged with any crime since 1998 and approved his gun license in 2017.

The children’s and Olga’s experiences in family court came under scrutiny after a lawyer hired to represent the children’s interests initially advocated that Edwards see his children weekly.

Women’s Safety Hayley Foster, executive director of NSW, said independent child advocates too often have no proven knowledge of the effects of domestic violence on children.

Some family law attorneys, the courts themselves and the police need to listen to the children’s voices, she said.

“In so many cases, children are forced into situations where they are not safe because adults around them made choices they know better,” Ms. Foster said.

She also hopes the recommendations address the “contact at all costs” culture in family law cases and the “massive problem of inconsistent police response” to those reporting domestic violence.

Domestic Violence NSW said there needs to be higher mandatory family violence training for the police, which is regularly reviewed and covers coercive control.

“Attitude change is a long-term undertaking, but we need to commit to more rigorous training and resource acquisition for frontline respondents, including the police,” Delia Donovan, the agency’s executive director, told AAP.

Children should also be welcomed as victims in their own right, with their voices, experiences and views taking precedence, she noted.

“How many serious case reports and domestic homicide reports do we need to read before we can take action?” Mrs. Donovan said.

The investigation was informed that the Edwards children spoke about their father’s violence in front of several health professionals and experts involved in the trials.

But the independent child attorney said the teens did not raise those concerns with her until she pushed for weekly access visits.

She defended herself for failing to tell the family court months later that Jennifer wanted an express order prohibiting her father from contacting her, saying judges and judges had previously told her not to bring a child’s real request to court disclose.

Even if a “no-time order” had been issued, the police suggested that it would likely have had little effect if a crime had not been committed at the same time as a violation.

Ms. O’Sullivan’s findings are expected to harm Sydney police officers ‘failure to adequately record or respond to Olga’s reports of Edwards’ persecution of her and the past abuse of Jack and Jennifer.

The faulty abuse report was checked off by a manager within two minutes. It was later updated to include that Olga’s allegations “may be a deliberate attempt to influence future family court and divorce proceedings”.

Officials at another station were unable to link the current report of Edwards’ appearance at Olga’s yoga studio in February 2017 to the violent man’s police profile.

Other problems were uncovered in the police-kept weapons register, which licensed those handling a million state weapons through a gradual screening system.

Edwards’ litany of domestic violence incidents in his police profile did not ring alarm bells among registrars under the false impression that they should only refuse licenses if they found a “compulsory” reason expressly set out by law.

A new commanding officer, moved to the position following the Edwards murders, has since revised registry procedures, retrained staff, and reviewed old licenses.

Ms. Foster said the case was all the more devastating because it had all of the characteristics of the systemic problems raised for years by domestic violence victims and their supporters.

“We will not tolerate this being put in the too tough basket or neglected as a women’s problem that is not very important,” she said.