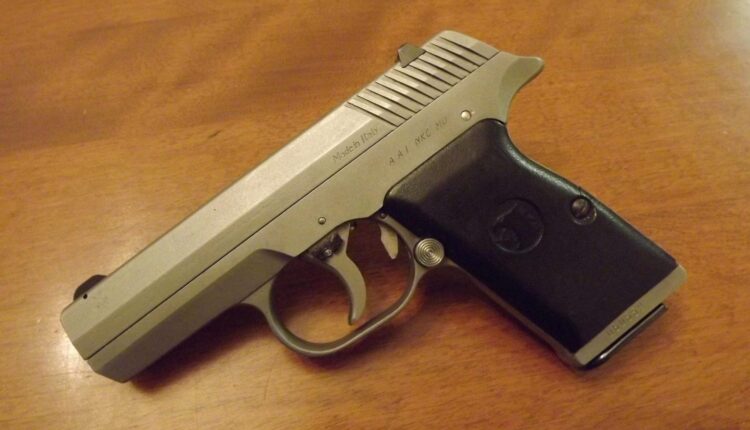 The resolver pistol is an ideal partner in self-defense. Some people have to wear pistols all day for self-protection, but usually get something heavy that eventually gets tired. So one day they leave it behind and that is the day they need it.

Also, many of these people are not gun experts; in an emergency, they don’t want to have to think about removing the safety, cocking the gun, using the correct grip … they want to pull out the pistol, point it at the enemy and start firing.

The resolver pistol was designed for these people. After all, the resolver pistol designer felt that there was no good reason for a large magazine capacity; If you didn’t get rid of the criminal in eight shots, you probably won’t do it by 15 if you’ve lived that long.

There are two models. The basic M380 resolver fires the .380 auto cartridge (also known as 9 mm for short in Europe) and is a simple automatic recoil. There is no manual safety device and the release mechanism is self-cocking. It’s light and slim (only 0.65 inches thick) and can be worn all day with no discomfort, and when needed, all you have to do is pull it and pull the trigger.

A safety lock can be provided for countries in which the law prescribes a safety lock; but of course there is no need to use it. In general, the 9 mm short projectile is enough to deter the robber. However, for those who feel that a more powerful cartridge is needed, the M9 resolver and the M40 resolver are available. This is a closed-breech pistol available in 9mm Parabellum or .40 S&W calibers.

The breech lock is done by the standard Browning drop barrel system, but dimensions have still been kept to a minimum and this weapon is only very little larger than the .380 Blowback at just 19.8 mm (less than three-quarters of an inch) wide. It can be chambered for other cartridges, including the .38 Super Auto, 7.62mm Tokarev, and .32 Auto, upon request.