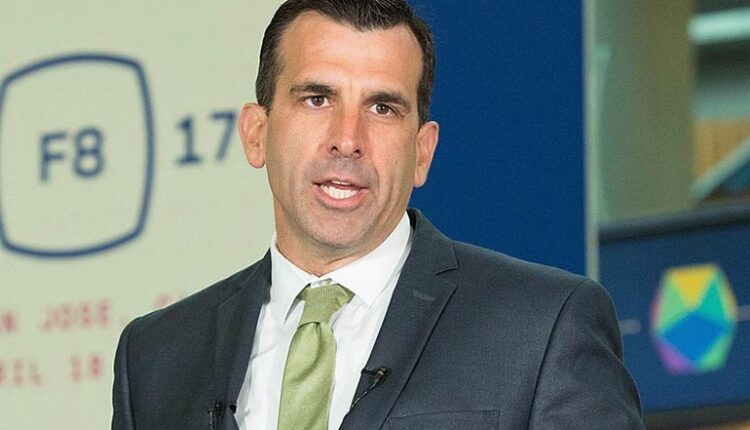 The San Jose City Council unanimously voted last night to require gun owners to purchase gun insurance and pay an annual fee for gun ownership. The California city is the first in the country to have such a law.

According to Mayor Sam Liccardo, gun insurance would be a way to compensate victims of shootings and would add “little to no additional cost” for many. He said most gun owners have the option of adding gun insurance to their home insurance.

“And in this way we can ensure that the victims are compensated in the event of an insurance claim. And of course insurance companies will help us make gun ownership safer, ”he told CBS San Francisco.

Liccardo wrote in an opinion piece for CNN that gun owners would have to pay a “modest fee” annually. What this “modest fee” actually is has yet to be determined. The goal, the mayor said, is to stop the city from paying the bill for mass shootings.

Second, we will require gun owners to pay a modest annual fee to reimburse taxpayers for the cost of gun-related violence. Every day, our residents bear the financial burden of police officers who bravely respond to shootings, ambulances transporting the wounded and trauma surgeons who rescue them. That direct cost of gun violence to California taxpayers – not to mention the cost to victims or their families – exceeded $ 1.4 billion in 2018, an amount equal to the total budget of my city’s General Fund, America’s 10th largest .

Sam Paredes, the executive director of Gun Owners of California, is working with a number of other pro-gun groups to challenge the new law.

“I firmly believe that Mayor Sam Liccardo is trying to do things that he has no authority to do,” Paredes told KPIX, referring to exemption laws.

“Without this, different communities could support their own laws on the purchase, sale, use and storage of firearms and all that. And law-abiding citizens from other parts of the state would break the law if they just walked through some of these communities, “Paredes told the outlet. “That’s why no other city has successfully done what the mayor is proposing.”

“We believe it is very unconstitutional for the government to require law abiding citizens who are doing nothing but exercise their Second Amendment rights to have insurance or to be taxed while exercising this enumerated right. “Paredes continued.

The news comes after the city council voted earlier this month that FFLs must video and audio record all firearms transactions. FFLs must keep the video for at least a month, KPIX-TV reported at the time.

With shocking candor, Liccardo admits that these laws will not prevent criminals from breaking the law. They deliberately target law-abiding gun owners.

Skeptics will say that criminals don’t stick to it. You’re right; However, this is an important feature of these proposals, not a defect. These ordinances create a legal mandate that provides the police with a lawful means of seizing weapons from unlawful, dangerous individuals.

For example, the answer to every domestic violence officer in my city’s call includes the question, “Do you have guns in the apartment?” If that gun owner has no proof of payment or insurance, the police can confiscate the gun – and the lethality of the risk drastically reduce for the victim. Of course, the benefits can be more far-reaching: most mass shootings in the US involve intimate partnerships or otherwise involve domestic violence.

The overwhelming majority of gun owners are law abiding citizens. We take the right to keep and carry weapons seriously, but we also respect human lives. No gun owner wants to have to use his gun. No legitimate gun owner buys a firearm in the hope that he or she will one day use lethal force.

We have weapons in case we need to protect ourselves or others. Because we would rather be judged by 12 than to be carried by 6.

The gun insurance requirement does not somehow strengthen the Red Flag laws. In fact, it has almost nothing to do with the ability of law enforcement to seize someone’s firearms. But a so-called “small” annual fee – the amount of which has yet to be determined – is blatantly unconstitutional. No other enumerated civil right requires a fee to exercise.

Perhaps the worst part of this whole ordeal is that gun owners in San Jose will literally have to pay the city to carry out further free trial red flag seizures unless blocked by the courts … in the name of “preventing gun violence” . . “

And you know that the supporters of the second amendment will abide by it … because we are law abiding and we obey the rules. But we are treated as if we are the ones who commit crimes.