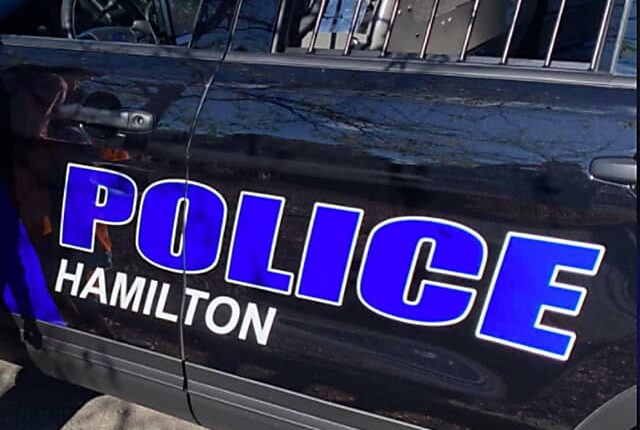 The Mercer County Narcotics Task Force concluded a joint investigation with the arrest and seizure of 152 heroin stones and three firearms, authorities said.

]At around 1:00 p.m. Tuesday, Ewing and Hamilton police participated in authorized searches of multiple townships property with the assistance of the Mercer County’s special investigative unit, the sheriff’s office, and US Homeland Security investigators, the Mercer prosecutor said County, Angelo J. Onofri.

As a result of a two-month investigation, Justin Hill, 33, of Ewing was taken into custody while hitchhiking in Ewing Township, Onofri said Wednesday.

Hill allegedly hid a 9mm semi-automatic pistol in his waistband and two heroin stones were observed on the center console of the Jeep Cherokee he was operating, the prosecutor said.

A search of 43 N. Johnston Avenue in Hamilton found 150 heroin stones in a bedroom on the second floor and an automatic firearm with a silencer and a 30-round magazine on the living room floor, Onofri said.

Detectives executing a search warrant at Hill’s residence on Conway Avenue in Ewing allegedly found an AR-15 rifle with no serial number, a 60-round magazine drum, a 30-round pistol magazine and numerous rounds of rifle ammunition, Onofri said.

Onofri estimates the heroin seized to have an approximate street value of $ 22,500.

Hill was charged with first and second degree narcotics and gun offenses.

He was held at the Mercer County Correction Center pending a hearing.