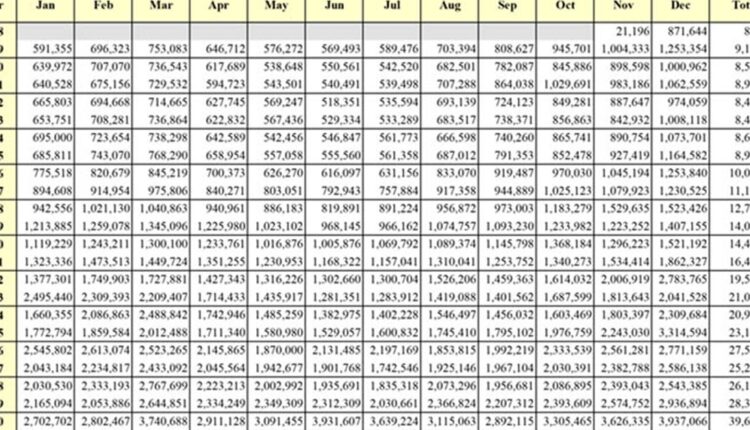 Of the 4,645,609 names processed through the FBI’s National Instant Criminal Check System (NICS) in March, around 2.2 million related to the purchase or transfer of a firearm, according to Small Arms Analytics & Forecasting (SAAF).

National Shooting Sports Foundation calculations have brought the number down to 2,044,136. Both figures correspond to a significant decrease of 15.1 and 14 percent respectively compared to the previous year. Although few expected the staggering and record high of 2.6 million to be dwarfed in March 2020, the news that volume rocked all previous 3-month marks in the first quarter of 2021 was unexpected.

NSSF estimates that the first quarter of this year will be the highest ever recorded volume of arms sales through the NICS system. March 2021 now ranks second in firearms sales, which is reflected in NICS. During the same period last year, the high water mark was claimed and still holds it.

Overall use of the FBI’s NICS system hit an all-time high last month with 4,691,738 records processed. That number includes a number of administrative tasks unrelated to handing over a gun, including the growing number of carry permits – requests, renewals, and verifying that current owners have not been charged with a disqualifying crime. Illinois alone accounted for 1.4 million for the latter purpose.

The FBI’s NICS numbers do not include many private firearm transfers or purchases made by valid holders of concealed carry permits in regions of the country that do not require redundant background screening.