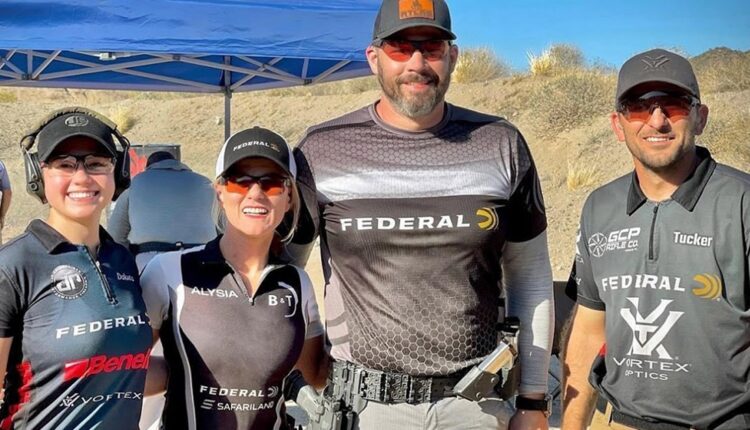 For the 25th anniversary of the Superstition Mountain Mystery 3-Gun Match last month, Team Federal shooters put in an admirable performance. The game took place at the Rio Salado Sportsman’s Club in Mesa, Arizona. This grand event brings together the best 3-gun shooters in the country and is one of the longest running multi-weapon games in the country.

“This competition was ideal for testing equipment and shooting skills with a mix of long-range aiming and quick close-ups. The shooters really had to adjust their equipment and skills for this game, ”said Froelich. “I was selected with Federal Premium 73-grain Gold Medal Berger in my rifle and 130-grain Federal Syntech in my pistol.”

Tony Holmes was named High Senior and finished 14th in the Open with his last time of 588.07 seconds. He quickly recognized his federal ammunition for its success in this year’s Superstition Mountain Mystery 3-Gun Match.

“I run Federal American Eagle .223 Rem. Ammo with the 55-grain FMJ bullet in my rifle and the Grand Handicap charge of the Federal Premium Gold Medal in my 12-gauge, ”said Holmes. “My .38 super handloads use Federal components. All my ammunition worked perfectly as always. “

With a finishing time of 1175.44 seconds, Alysia Burrows secured the High Lady award in the Stealth 2-Gun category. She also commented on how crucial federal ammunition was to her playing success.

“The 69-grain .223 Rem. Gold medal rounds worked fantastically well. We had to shoot C-Zone moving steel at 300 yards and static steel at a range of up to 500 yards. It’s nice to have ammo that you can rely on to get the job done, ”said Burrows. “The Syntech Action Pistol cartridges also ran flawlessly and let our guns run without us having to stop and clean them in the middle of the game.”

Find out more about the Superstition Mountain Mystery 3-Gun Match here. And don’t forget to check out the federal website.