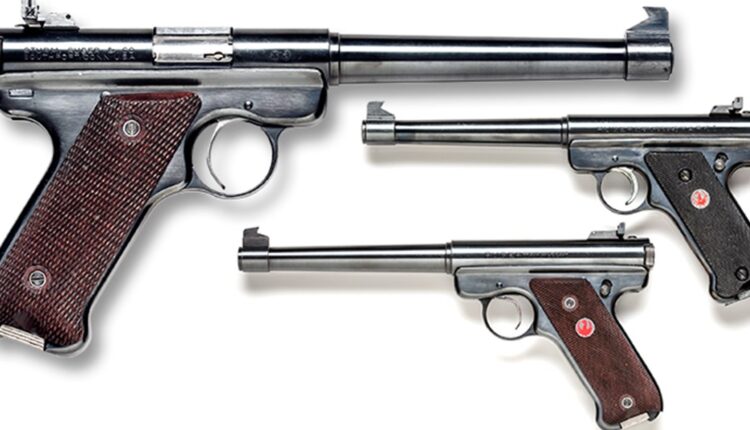 Sturm, Ruger & Company, generally abbreviated to Ruger, has been in the arms industry for 70 years and is constantly expanding its brand with reliable yet affordable options. Founded by Alexander Sturm and William Ruger at the end of World War II, Ruger made his own way through the arms industry and ended up at the forefront of arms manufacturers.

How did Ruger come about and what makes the company so special? Shooting USA has compiled the key facts about Ruger examining what sets this gun maker apart from the rest.

5. Sturm, Ruger & Company was founded in 1949 with an investment of $ 50,000. Sturm, Ruger & Company began their gun manufacturing adventures in Southport, CT in 1949. With a meager investment of $ 50,000 by founders Alexander Sturm and William Ruger, the company initially faced critics who claimed the fledgling gun shop would not survive in the current market. While Sturm and Ruger rented rooms in a small machine shop, the arms industry experienced a decline. Many considered Sturm and Ruger’s entry into the industry to be a doomed venture.

The company has evidently proven the opposite to its critics and has become one of America’s most prolific arms manufacturers. Sturm, Ruger & Company eventually became a public company in 1969, with Ruger officially listed on the New York Stock Exchange in 1990. Today the company is worth $ 1 billion.

4. The Ruger Standard was the first commercially produced pistol in .22 LR caliber. After making the decision to get into the arms business, Sturm and Ruger set about bringing a brand new pistol to market. Ruger himself had already built two Japanese Nambu pistols that he had picked up from a returning Marine at the end of World War II. After duplicating the pistols, the two business owners began working together on a new .22 LR caliber, later known as the Ruger Standard. Sturm and Ruger used the German Luger 9mm and the American Colt Woodsman as inspiration for the pistol.

Not only did the Ruger Standard launch the company into a full-fledged business, it also earned a place in history as the first commercially available .22 LR pistol to hit consumer shelves.

3. Ruger almost owned the AR-15 patent. In the late 1950s, Sturm, Ruger & Co was approached by Armalite chief engineer Eugene Stoner with a revolutionary semi-automatic sporting rifle design. Stoner wanted to outsource the Armalite rifle (AR-15) to a manufacturer who could license the rifle and mass-produce it. Ruger passed the design on so that Colt could acquire the rights to the AR-15 in 1959. After some modifications, Colt sold the AR-15 to the US military and renamed it the M16.

Although Ruger missed the opportunity to be equated with the nickname AR-15, his AR-556 is still one of the most popular AR platform rifles currently on the market.

2. Ruger is synonymous with .22 LR rimfire products. Ruger’s robust inventory includes products that range from revolvers to pistols to ARs in a variety of calibers, but the company has always remained loyal to its .22 LR fan base. Ruger is the dominant manufacturer of rifles and pistols in .22 LR caliber and is best known for its Ruger 10/22 and Mark series.

Field Editor Chris Christian says, “Ruger’s venerable 10/22 semi-automatic .22 LR is without a doubt the most popular choice at any action shooting event that allows rimfire rifles.” Pictured here is the Ruger 10/22 Target Lite.

Dubbed “America’s Favorite Rifle,” the Ruger 10/22 brings affordable, yet reliable design to the consumer range of .22 LR rifles. With eight configurations, Rugers 10/22 is one of the most popular .22 LR rifles and a top seller for the company. The Mark series is also a favorite among .22 LR fans and builds on the company’s original standard pistol.

1. Ruger is one of the largest arms manufacturers in the world. Ruger is a dominant force in the arms industry, producing over a million arms annually. The company has also made some big numbers in the past, shipping over 15 million guns from 1986 to 2010, and topping the gun manufacturing market from 2008 to 2011.

The Ruger PC Carbine paired with an optic is perfect for USPSA, Steel Challenge and Varmint Shooting. Photo by USPSA

According to the latest Bureau of Alcohol, Tobacco, Firearms and Explosives Annual Firearms Manufacturing and Export Report, Ruger produced over 2 million firearms in 2016. The breakdown includes over 1 million pistols; 701,992 rifles; 248,548 revolvers; and 183 shotguns. The company currently supplies more than 400 firearm variations across a total of 40 product lines – a number that makes it the only full-service US-American manufacturer of firearms.