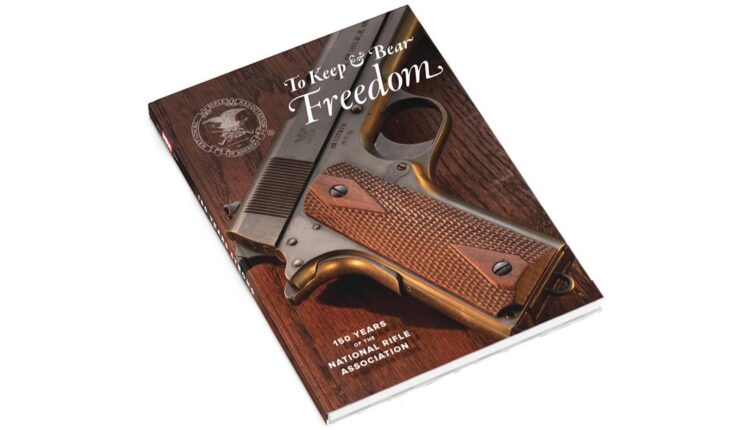 A must-have, To Keep & Bear Freedom: 150 Years of the National Rifle Association is a new book that explores the century and a half of advancement of marksmanship the NRA has along with the knowledge, attitude, and skills required to make a responsible weapon , records owner.

The NRA has published a bound scrapbook chronicle of its 150-year history.

In 158 pages, this retrospective examines the turning points, personalities and anecdotes that defined the NRA’s crucial role in defending the freedom that makes our nation the greatest in history.

To Keep & Bear Freedom covers the contributions of the NRA, from training hundreds of thousands of Americans in shooting during World War II, to developing the nation’s first training curriculum for hunters, promoting competitive shooting, and developing world-leading weapons safety programs. As pressure for restrictive gun control has increased in recent decades, the NRA has risen to the challenge of defending lawful gun possession.

“Maintaining and carrying freedom is the result of hard work and initiative,” said Doug Hamlin, executive director of NRA Publications. “The goal was simple – to share with our members and supporters of the Second Amendment the rich history of the National Rifle Association of America. The book looks back on our founding in 1871 through our current status as America’s greatest and most powerful voice for individual freedom in the United States. ”